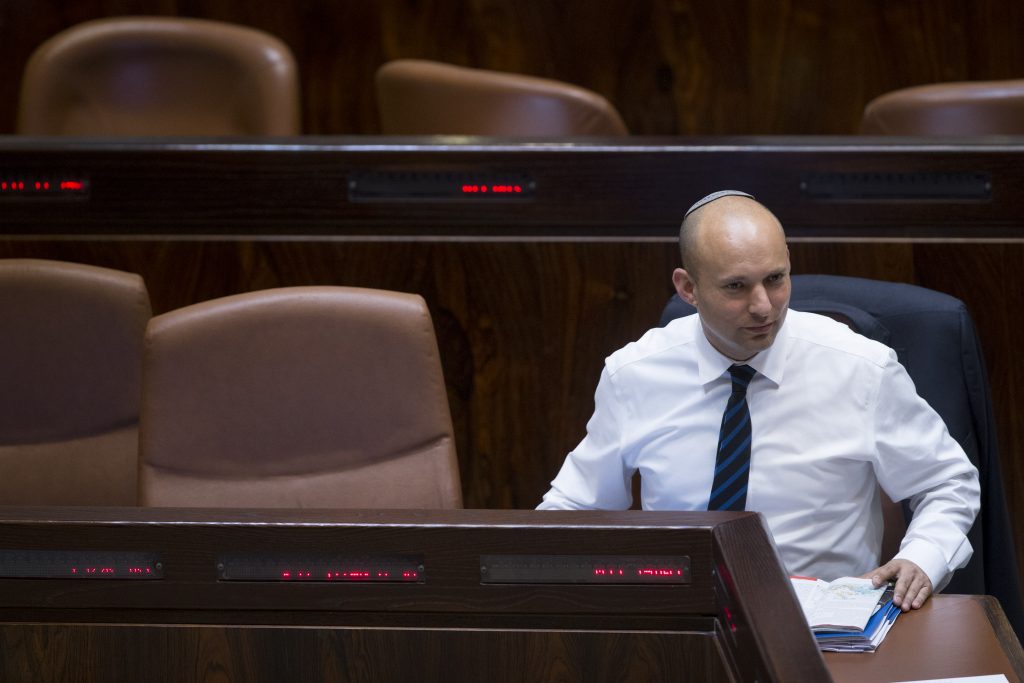 It almost brought down the coalition and forced new elections, but Jewish Home chairman Naftali Bennett’s demand for security cabinet reform was already being implemented on Tuesday, following a last-minute compromise.

Bennett expressed satisfaction on Monday that the pressure he applied to appoint a military secretary to brief members of the Diplomatic-Security Cabinet has yielded results.

“I have started receiving updates. Now all of a sudden there are discussions with the National Security Council chief; he makes appointments with me,” Bennett was quoted by Israel Hayom as saying.

According to the coalition-saving compromise, crafted by Health Minister Rabbi Yaakov Litzman (United Torah Judaism), the NSC head or his deputy will brief the ministers until a committee tasked with proposing ways to improve Diplomatic-Security Cabinet procedures submits its recommendations. That committee will be chaired by former National Security Adviser Maj. Gen. (ret.) Yaakov Amidror.

Jewish Home MK Shuli Mualem-Rafaeli said, after the compromise was reached, “The voter’s desire for a right-wing government is being realized, while implementing critical measures to make the Diplomatic-Security Cabinet more efficient.”

Bennett said, “It would have been possible to reach this agreement a week ago, but it’s good it happened now. I thank the prime minister for agreeing to the deal, which will benefit IDF soldiers and the nation as a whole. The people of Israel won.”