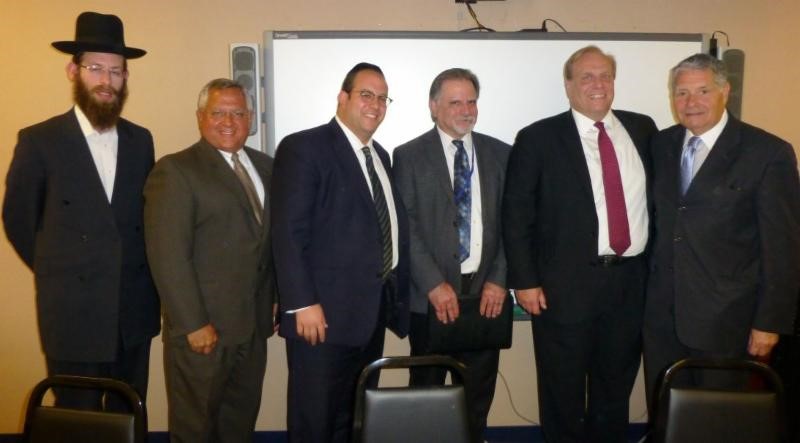 An agreement has been reached between advocates of yeshivos in New Jersey and the state Department of Education (DOE) that will allow schools to deliver several services anytime during the school day. The decision resolves a disagreement over interpretations of regulatory guidelines that led to an abrupt cancelation of state-funded tutoring in Lakewood’s mosdos at the beginning of the 2014 school year.

Rabbi Avi Schnall, director of the Agudath Israel of America’s New Jersey division, who led negotiations on behalf of private school interests, said that in light of the decision, programs “will now be able to properly fulfill their intention of helping students in the best possible way.”

The discussion centered on delivery of a range of supplemental and remedial services, mainly for math and reading and composition, funded by state funds known as Chapters 192 and 193. A condition of the services is that they be provided to “support” and not to “supplant,” or replace, regular classes on the subjects. Given scheduling restrictions, many mosdos pull out children who qualify for tutoring services during the classes in which they require extra help.

In September of 2014, Michael Azzara, state monitor for the Lakewood district, halted services, saying that this practice and several others were out of compliance and their continuing as such would put schools at risk of having to return grant money and pay possible fines. He and some state officials claimed that, for example, math tutoring could not take place during a math class.

“Our point was always very simple: supplanting means replacing the class totally, not pulling a couple of children out of it, who don’t understand what they are learning, to help them,” said Rabbi Schnall.

After a brief standoff and a raucous board meeting, services were reinstated pending clarification from the DOE. While agreements were met regarding several other services in question, 192 and 193 remained unresolved until now.

Last week, after more than 18 months of sporadic meetings and correspondence between Rabbi Schnall and Greg Kocher and Jessani Gordon of the state’s office of Nonpublic School Services, the DOE issued new guidelines. The clarification states that services will be deemed supplemental as long as there is “evidence of an academic program in absence” of the given funding.