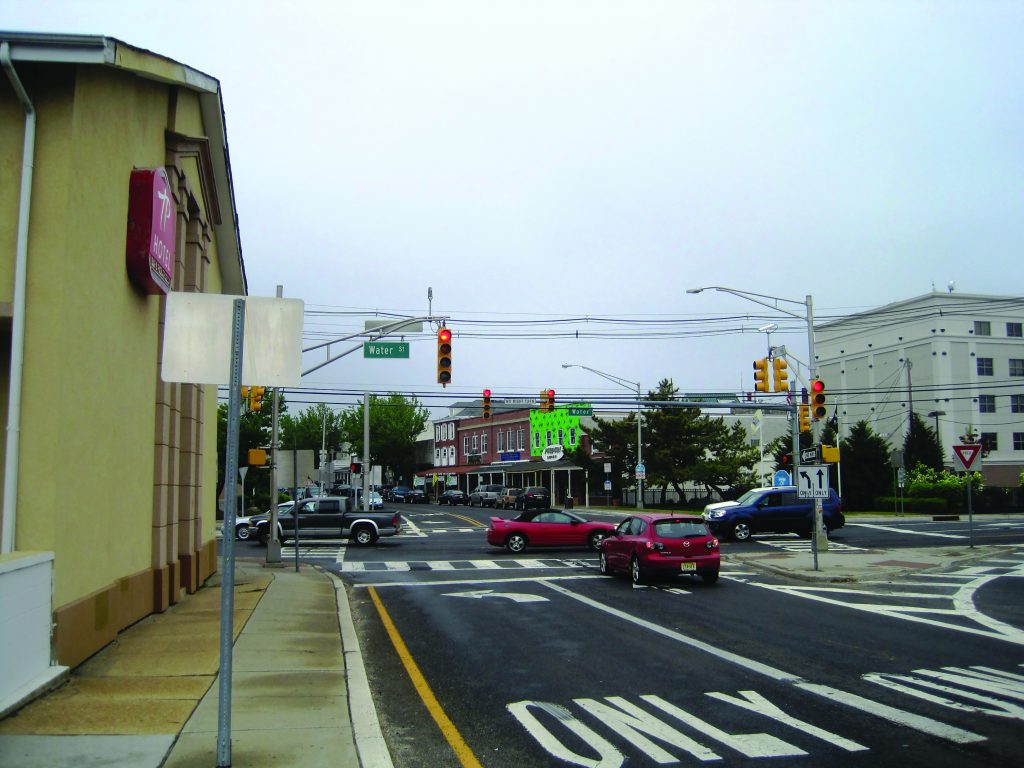 The Department of Justice has launched an investigation of Toms River’s zoning law enforcement, focusing on its recent actions against the town’s Chabad House. The investigation coincides with an ongoing lawsuit by Rabbi Moshe Gourarie, who operates the Chabad Jewish Center, which claims the violations that have been leveled against his organization are motivated by anti-Orthodox sentiments fueled by an influx of families from the neighboring Lakewood community.

According to a report by the Asbury Park Press, which obtained access to the letter sent by the government, the investigation “will focus on the Township’s zoning laws affecting religious land uses,” as well as “the Township’s requirement that Rabbi Moshe Gourarie obtain a use variance in order to engage in religious worship and educational activities.”

Roman Storzer, who represents the Chabad House, welcomed the investigation.

“The Department of Justice is a major force in civil rights around the county. We felt the case warranted review as an important case with serious civil rights implications, which is why we filed the suit,” he told Hamodia.

This past December, more than 1,200 Toms River residents turned out for a zoning board hearing regarding the Chabad House, against the background of rising tensions surrounding the increasing presence of Orthodox families in the town. At the meeting, Rabbi Gourarie’s testimony was met with open hostility by many in attendance, some calling him a “liar” and others posing questions unrelated to the land ordinance — such as questions about his personal sources of income.

The Chabad Jewish Center has existed in Toms River for over 12 years at numerous locations, but first met with zoning violations in 2014. Observers have said that the wide attention the issue has garnered, no less than the huge attendance at the hearing, was “collateral damage” caused by local hostility to the growing Orthodox presence in Toms River’s North Dover neighborhood, a different location than the Chabad house.

The violation notices charge Rabbi Gourarie with operating a house of worship in a residential zone. The township says that such actions would require a waiver, which seems unlikely to be granted due to the vocal opposition shown at December’s meeting. The Chabad House is located in the Gouraries’ private residence. It holds Shabbos davening, which is usually attended by 10–20 people, and some weekly Torah classes. Rabbi Gourarie argues that these factors are not enough to legally classify the property as a “house of worship.”

This past March, he filed a federal civil rights suit against Toms River, claiming that anti-Semitic hostility was the motivation for the town’s insistence on a variance for the Chabad Jewish
Center. The brief quotes extensively from anti-Jewish comments, made especially in online posts, regarding the growing presence of Orthodox residents in the town.

The letter announcing the investigation was sent to Toms River by Sameena Shina Majeed, acting chief of the Justice Department’s Housing and Civil Enforcement Section. It requests all official documents relating to general land use issues and the Chabad Jewish
Center in particular. It also requires the township to produce “copies of all letters, emails, text messages, correspondence, memoranda, notes, resolutions, agendas, audio or video recordings, transcripts, minutes, decisions, reports, studies or other documents or recordings concerning Rabbi Gourarie, the Chabad Jewish Center, or any religious activity or application regarding [this address].”

When asked if he felt the federal investigation would move Toms River to settle its issues with the Chabad House out of court, Mr. Storzer responded, “That’s up to Toms River.”

“In this county we have the freedom to hold views that are often unfortunate. It becomes a serious problem when the law is used as a way to perpetuate such biases.”

The office of Toms River Mayor Thomas Kelaher did not respond to a request by Hamodia for comment.

Rabbi Gourarie declined to comment on any details of the legal issue, but told Hamodia he hopes “the most recent developments will bring peace and respect to all people of our township.”