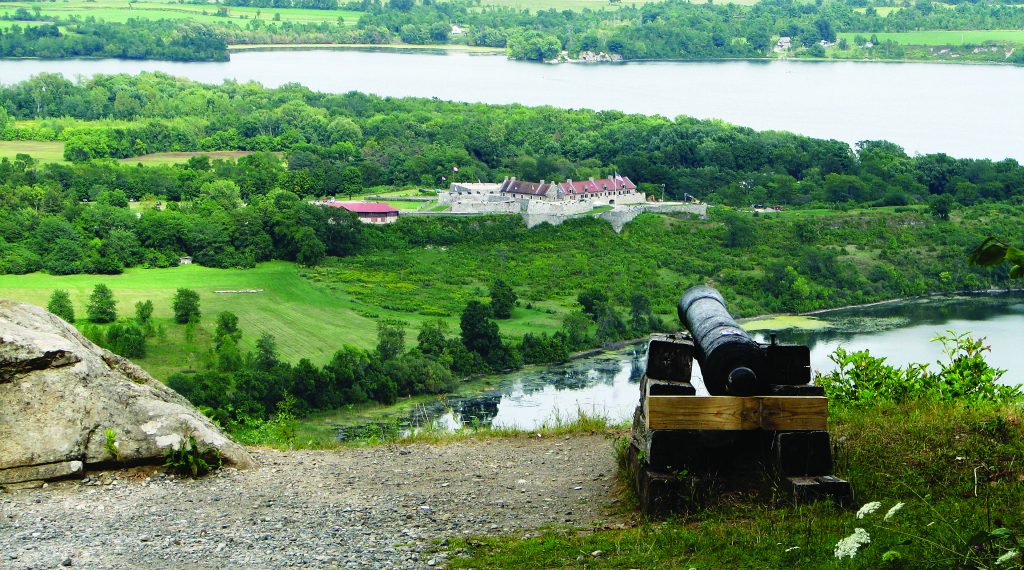 A 1,300-pound hunk of iron on display at Fort Ticonderoga certainly has gotten around, despite its heft.

The well-traveled artifact, half of a mortar that split in 1776, is a featured piece in the fort’s new exhibit, “The Last Argument of Kings: The Art and Science of 18th-Century Artillery,” which opened when the upstate New York historic site and tourist destination started its 2016 season earlier this month.

Curators have used a federal grant to conserve some of the fort’s 180-plus cannons and mount a two-year exhibit that tells the story of a collection considered one of the most extensive in North America. The relic known as the split mortar has a story all its own.

Originally cast in France and capable of lobbing 13-inch-diameter, 200-pound shells more than three miles, the big gun was used in the French and Indian War to bombard British and American troops besieging the French-held fort, then known as Carillon. During the Revolutionary War, American troops hauled the mortar from upstate New York to Boston and later to Canada before it wound up back at Ticonderoga, where it split in two, lengthwise, while being test fired in 1776.

One 1,300-pound half of the mortar was used as ballast in a ship that was part of the American fleet Benedict Arnold commanded on Lake Champlain in 1776, four years before he turned traitor. Shifted to a British ship for ballast during the War of 1812, the split mortar was eventually pulled from a shipwreck on the lake’s southern end in 1949. A year later, the privately owned fort bought the relic and put it on display on a rampart.

Another featured gun is a French-made cannon that fired four-pound iron balls. It was found in the 19th century in Maine’s Penobscot River, where an American expedition during the Revolutionary War was defeated in what proved to be the nation’s worst naval defeat until Pearl Harbor.

The Pell family, which rebuilt Fort Ticonderoga as a tourist destination in the early 20th century, began buying cannons soon after it opened in 1909. Today, the collection is among the largest privately owned artillery collections in the Americas.

The exhibit’s title comes from the motto France’s Louis XIV had engraved on his cannons to signify artillery’s dominance on European battlefields.