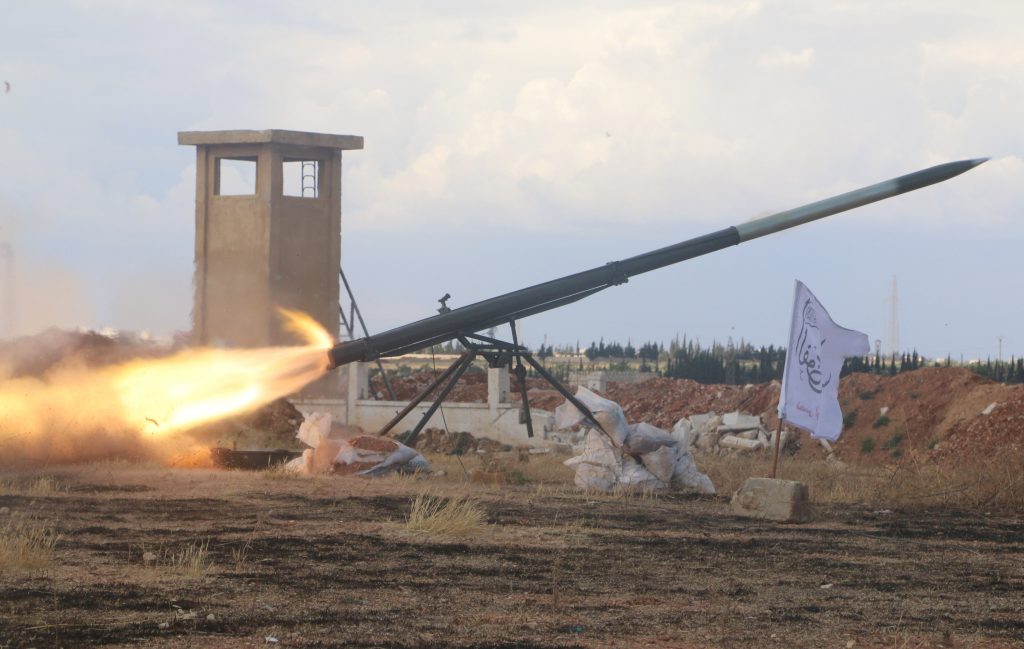 Turkey’s military killed at least 28 Islamic State terrorists in shelling north of the Syrian city of Aleppo on Sunday in retaliation for the latest attacks against a Turkish border town, channel CNN Turk said, citing a military statement. It said Monday that the attack hit 58 Islamic State targets with artillery and rocket launchers.

The pro-government Sabah newspaper reported that five people were injured on Friday when rockets fired from Islamic State-controlled territory in northern Syria hit the Turkish border province of Kilis, which is about 37 miles north of Aleppo.

Kilis has been hit by rockets from Islamic State-controlled territory more than 70 times since January, killing 21 people including children, in what security officials say has gone from accidental spillover to deliberate targeting.

The Turkish military usually responds with artillery barrages into northern Syria, but officials have said it is difficult to hit mobile Islamic State targets with howitzers. Turkish officials have said they need more help from Western allies in defending the border.

Islamic State terrorists captured territory from Syrian rebels in an area near the Turkish border on Friday, the Syrian Observatory for Human Rights reported.

The advance also brought them closer to Azaz, a town 4 miles from the Turkish border. Rebel groups battling Islamic State in the area, which Washington sees as strategically vital, have been supplied with weapons via Turkey.