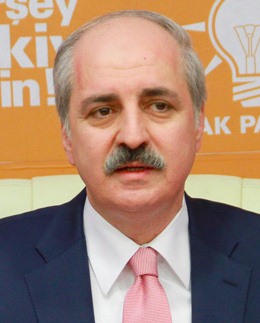 Officials from Turkey and Israel are holding more meetings to normalize relations, and two out of Ankara’s three conditions for reviving ties have been met, Deputy Prime Minister Numan Kurtulmus said on Monday.

Speaking to reporters after a cabinet meeting, Kurtulmus said lifting Israel’s embargo on the Gaza Strip was important for normalization. Israel has ruled out ending a sea and air blockade of the Palestinian territory. Turkey has also sought an official apology and compensation for the bereaved. The erstwhile allies have been at loggerheads since the 2010 Mavi Marmara incident, in which 10 Turks died.

Kurtulmus also said he believes that ties with Russia will be mended shortly.

Russia and Turkey do not have insurmountable problems, the deputy prime minister said, adding that he thinks ties with Russia will be fixed in a “short while.”

Numan also said that neither country could afford to sacrifice its relationship with the other. Relations between the two soured after Turkey shot down a Russian warplane over Syria last year.