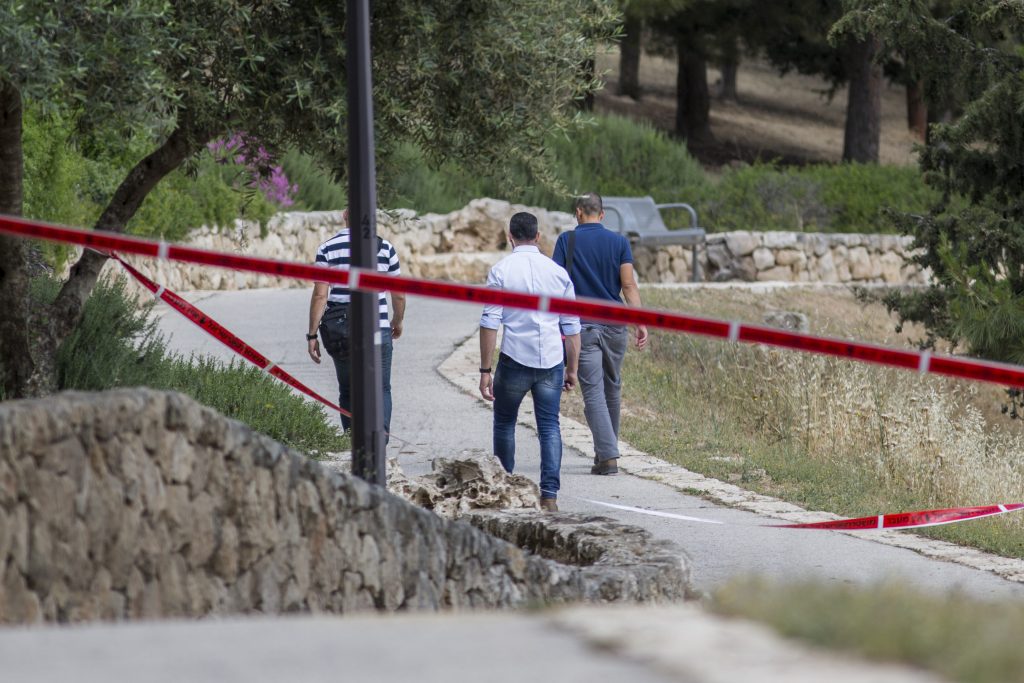 Security forces have arrested two Arab youths responsible for stabbing a group of elderly people in Armon Hanatziv in Yerushalayim earlier this month. The attack occurred on the eve of Memorial Day in Israel (Yom Hazikaron).

The attack, which took place on the Goldman Walk, saw five elderly Israelis targeted by the attackers. Two of the group were stabbed by the Arabs, after which they fled, returning to their homes in the nearby Arab neighborhood of Jabel Mukaber. A third youth was arrested as well, for assisting and conspiring to go on a stabbing spree if the other two were killed by Israeli security forces in the course of the stabbing. The two victims, in their 70s, were lightly wounded in the stabbing.

Police on Monday also seized large numbers of weapons from a house in Jaljulye, an Israel Arab village that police say has a high concentration of members of organized crime. Among the weapons seized were shotguns, machine guns, and ammunition. Police also seized contraband in the raid.

Overnight Sunday, security officials said they arrested 6 wanted security suspects in other areas in Yehudah and Shomron. The suspects were wanted for participating in rioting and throwing stones and firebombs that endangered Israeli civilians and IDF soldiers. Several of the suspects were also charged with belonging to Hamas. All were being questioned on their activities by security forces.