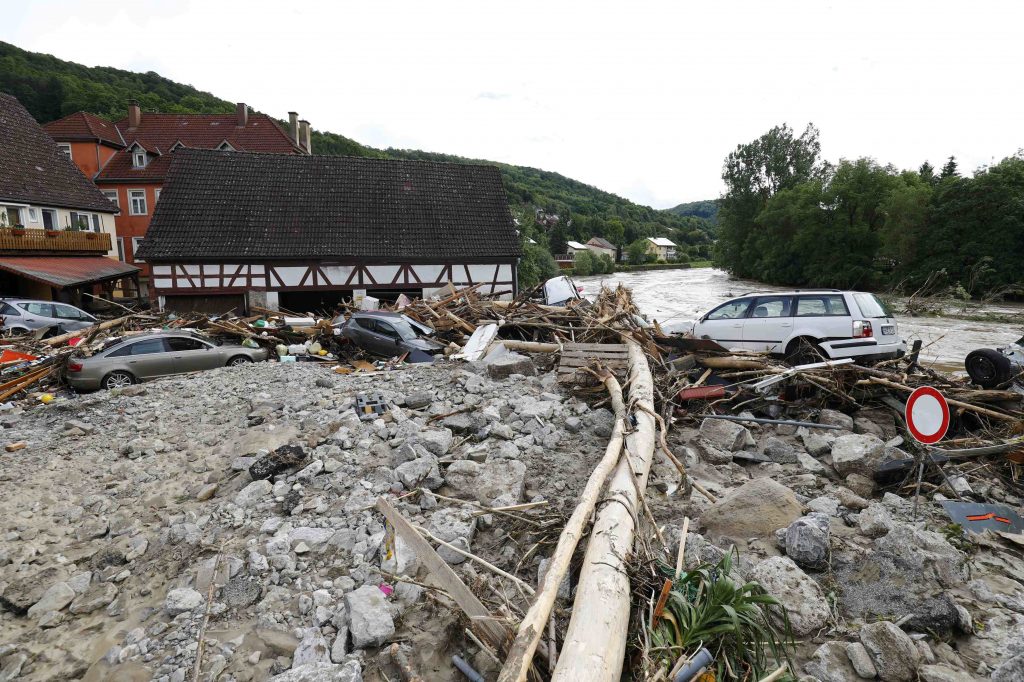 Three people have been killed in floods in the southwestern German state of Baden-Wuerttemberg and a young girl was killed by a train as she took shelter from the rain under a railway bridge.

A man who was around 60 years old died in an underground car park which filled with water before he was able to escape, said Carsten Dehner, a spokesman at Baden-Wuerttemberg’s interior ministry.

In the town of Schwaebisch Gmuend, a fireman died as he tried to rescue another person, who then also died, Dehner said.

Elsewhere in Baden-Wuerttemberg, local police said a 13-year-old girl who was probably seeking shelter under a railway bridge was hit and killed by an Intercity train.