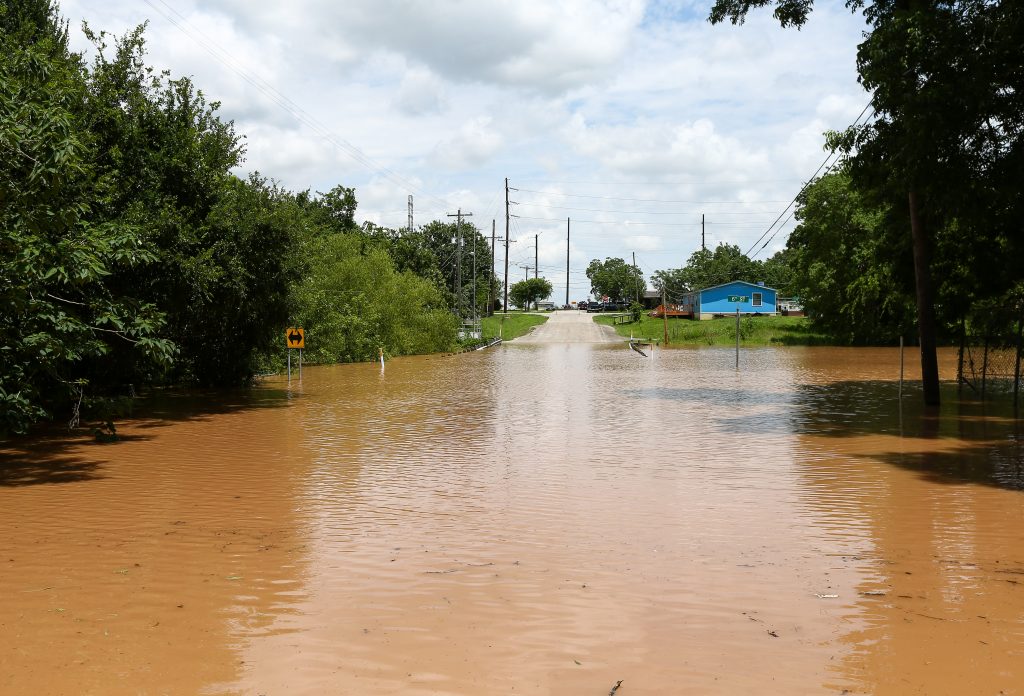 Authorities in central Texas have found two more bodies along flooded streams, bringing the death toll from flooding in the state to six.

The latest flooding victim identified by authorities was a woman who died when the car she was riding in was swept from the street by the flooded Cypress Creek about 1:30 a.m. Sunday, Kendall County sheriff’s Cpl. Reid Daly said.

The car, with three occupants, was in Comfort, about 45 miles north of San Antonio. The driver made it to shore, and a female passenger was rescued from a tree. But Daly said 23-year-old Florida Molima was missing until her body was found around 11 a.m., Sunday, about 8 miles downstream. She becomes the sixth flood-related death in Texas this Memorial Day weekend.

In Bandera, about 45 miles northwest of San Antonio, an estimated 10 inches of rain overnight led to the rescues of nine people. The rain caused widespread damage, including the collapse of the roof of the Bandera Bulletin, the weekly newspaper, KSAT-TV in San Antonio reported. Photos from the area showed campers and trailers stacked against each other, but no injuries were reported.

Torrential rains caused heavy flash flooding in some parts of the U.S. over the last few days, and led to numerous evacuations in southeast Texas, including two prisons. But the threat of severe weather has lessened over the long Memorial Day holiday for many places, though Tropical Depression Bonnie continued to bring rain and wind to North and South Carolina.

Near Austin, a crew aboard a county STAR Flight helicopter found a body Sunday on the north end of a retention pond near the Circuit of the Americas auto racing track, which is close to where two people were reported to have been washed away by a flash flood early Friday, Travis County sheriff’s spokesman Lisa Block said. The body still must be recovered and no identification has been made.

To the southeast, along the rain-swollen Brazos River near Houston, prison officials evacuated about 2,600 inmates from two prisons to other state prisons because of expected flooding, Texas Department of Criminal Justice (TDCJ) spokesman Jason Clark said. Inmates in a low-level security camp at a third prison in the area were being moved to the main prison building, Clark said.

All three prisons are in coastal Brazoria County, where the river empties into the Gulf of Mexico.

“TDCJ officials continue to monitor the situation and are working with our state partners as the river level rises,” Clark said, noting that additional food and water has been delivered to prisons that are getting the displaced inmates and sandbags have been filled and delivered to the prisons where flooding is anticipated.

In Kansas, the search for the missing 11-year-old continued Sunday and expanded beyond the swollen creek he fell into Friday night, according to Wichita Fire Department battalion chief Scott Brown. “We are more in body-recovery mode than rescue,” Brown said Saturday night.

Four people died from flooding in rural Washington County, Texas, located between Austin and Houston, where more than 16.5 inches of rain fell in some places Thursday and Friday. The bodies of two missing motorists were found Saturday in separate parts of the county, according to Judge John Brieden.

Tropical Depression Bonnie reached the South Carolina coast early Sunday, bringing heavy rain and rough tides to an area packed with tourists for the Memorial Day weekend. Forecasters say up to 8 inches of rain have fallen in parts of southern South Carolina. About 3 inches of rain fell in Charleston in 24 hours and more is expected, according to the National Weather Service.