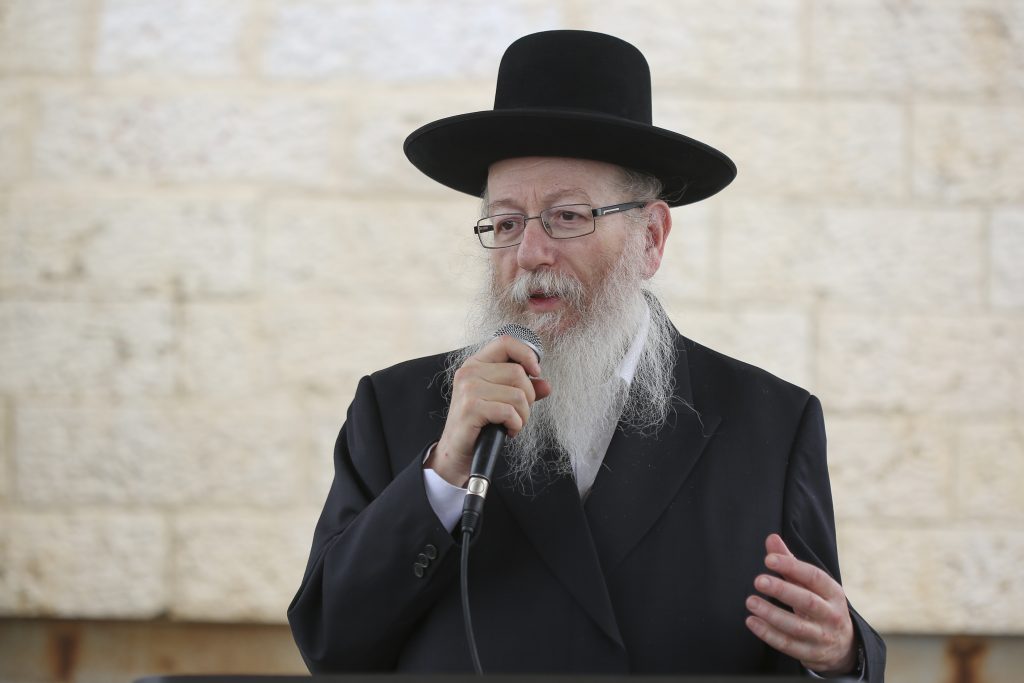 Health Minister Rabbi Yaakov Litzman expressed satisfaction at the compromise he helped broker between Prime Minister Binyamin Netanyahu and Education Minister Naftali Bennett over the IDF liaison Bennett had demanded to brief ministers on security matters. In the late-night compromise brokered Sunday, it was decided that a military intelligence officer would for the time being brief the cabinet on military matters, until a more permanent solution was worked out.

“Sometimes you just need an outsider to broker these things,” Rabbi Litzman told Army Radio. “I don’t think anyone wants elections right now, not in the coalition and not in the opposition. I made a suggestion and then improved on it. I don’t see this as an issue to go to elections over.”

Rabbi Litzman was being hailed as the “coalition hero” Monday after his recommendation was accepted by the sparring politicians. Bennett on Sunday had termed as “unacceptable” a compromise offered by the Prime Minister over Bennett’s demand that the security cabinet be kept informed on details of the IDF’s ongoing operations and strategy.

Echoing the party chairman, Justice Minister Ayelet Shaked said that the party would vote against the nomination of Avigdor Liberman as Defense Minister unless the issue was resolved, and that the party was willing to break up the government over it.

Had such a liaison been available before Operation Protective Edge in 2014, Bennett said, the government would have had vital information about Gaza terror tunnels before the war started. “Especially now that we have lost someone as professional as Moshe Yaalon, we need this liaison,” said Bennett on Friday, adding that he would instruct Jewish Home ministers not to approve the coalition expansion unless the issue was addressed.

On Friday, it was reported that Netanyahu had appointed a special panel to examine ways to fulfill Jewish Home’s demands, but the solution was rejected by the party, which is concerned that the panel will melt into bureaucratic oblivion once Liberman’s appointment is approved. Sources in Jewish Home said that they intended to go “to the end” with their demand – and that without the appointment of the liaison, they would vote against Liberman’s appointment.

Speaking Monday, Rabbi Litzman called for cooler heads. “It seemed a bit funny, and strange, that this would be a reason for a coalition crisis,” he added.