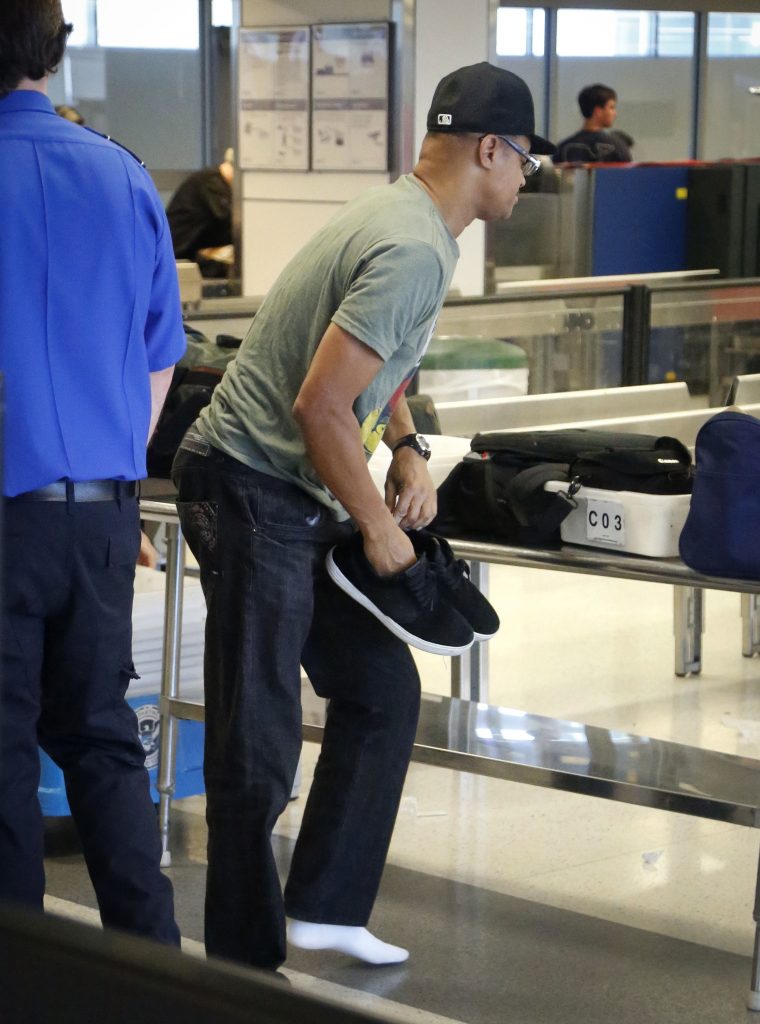 The threatened summer of discontent for American travelers got underway Memorial Day weekend, as the understaffed Transportation Security Administration struggled to keep its security lines moving in the nation’s airports.

The backups happened at most big airports and some smaller ones, particularly at the choice hours when passengers prefer to fly, and they seemed to occur most often when a particular flight was drawing hundreds of passengers to a single checkpoint.

On a weekend more known for picnics in the park and backyard barbecues, rather than flying to distant destinations, the long airport security lines seemed a harbinger of things to come this summer.

Some relief should come next month as 768 newly trained TSA agents join the lines. If Congress follows through on a request to shuffle $28 million in TSA funds, 2,784 part-time workers can be shifted to full-time status.

“This will enable us to screen almost 82,000 additional passengers per day,” said the Homeland Security Secretary Jeh Johnson. But he added: “In the face of increased air-travel volume, we will not compromise aviation security.”

The cost-conscious Congress has squeezed the TSA budget in recent years, reducing its airport workforce of about 45,000 by 12 percent. An additional 1,600 workers were slated to go this year before the new TSA administrator, Peter V. Neffenger, appealed for relief.

The cutbacks came as a near-record 740 million passengers are expected to fly this year, 97 million more than flew three years ago. That passenger load combined with staffing shortages at TSA checkpoints and procedural changes implemented by Neffenger have resulted in some passengers waiting hours to clear screening.

The big change came after the inspector general said last summer that his undercover operators were able to slip through the lines 95 percent of the time with guns or phony bombs. Neffenger ended a practice that diverted randomly selected passengers to lines designated for those who had volunteered for pre-flight background checks.

Now, the airlines are begging Congress for help and telling passengers to arrive hours before they hope to fly. At some smaller airports, the wait time to clear security has doubled; at some mega-airports, it routinely tops an hour and sometimes stretches to two or three hours. One airline says it delayed 37 flights from a single airport in a single day. Another airline says that so far this year, excessive security delays have caused 70,000 passengers and 40,000 checked bags to miss their flights.

As the TSA rushes to adjust for a summer that promises near-record air travel for which the agency is understaffed, passengers say they are adjusting too.

“I saw the news, and that’s why we got here early today,” Freda Funk said as she worked her way through a line that snaked almost from the ticket counter to the X-ray machine at Baltimore-Washington International Marshall Airport. She was there almost two hours before her flight.

Long lines have been forecast for months and documented by miles of video. They are caused by a combination of things – the near-record numbers of travelers, the TSA staffing shortages, tougher security standards and, as Wefelmeyer says, some unsavvy passengers.

“It’s not always the TSA. Sometimes it’s the passengers,” said Maria Delaware, who has worked the TSA line at BWI for 14 years. “We’re not blaming the passengers – we’re just trying to get them through.”

Nobody in the line had a bomb, and it’s unlikely at any given moment that someone has a gun or a knife, although scores of “forgetful” people were caught carrying one or the other through a checkpoint last week. What they do have, however, is a laundry list of things that slow the long lines.

After decades of airport security, and far more intense screening since the 9/11 attacks, one may think that just about everybody had the drill down.

Some of the rules were in place before 9/11, and the rest have been around for close to 15 years: shoes, belts and jackets off, pockets empty, no water bottles or liquids in containers more than 3.4 ounces, and all of those mini-bottles have to be separated and placed into a clear plastic bag.

Walsh, Delaware and a third checkpoint officer at BWI, Paul Huovinen, were asked what else passengers could do to speed up the line. Here’s what they said:

– Plan ahead: It takes time to get parked, stand in line at the airline counter and then get through security to the gate.

“The airlines tell you get here two hours before your flights take off. I would even plan three hours,” Walsh said. “On a busy day, we try to keep it under 50 minutes, but if they get here at a peak, that could be three hours right there.”

– Listen up: TSA stations people between the ticket counter and the checkpoint line to remind people of the list of various things that they need to do. Despite that, it’s clear some passengers tune them out.

“Inevitably, somebody has something in their pockets, so we have to do pat-downs. If you just listen to us for those 10 minutes from the ticket counter to the end, this line will just keep moving, keep moving and it’ll go so much faster,” Huovinen said.

– Empty your pockets completely: “While you’re in line waiting, take out your cellphone, your Bluetooth, your keys, your wallet, just empty your pockets and put everything inside your bag,” Delaware said. “It’s just like common sense. The little things that you don’t think of, it alarms the machine.”

Those full-body scanners – the ones passengers enter and put their arms up like victims of a robbery – are not metal detectors. They will pick up almost anything other than clothing, and whatever it finds will require a pat-down, which slows the line.

Gum and cigarettes have foil wrappings, which will set off metal detectors, requiring a second pass through, which slows the line.

It’s wise to put cellphones, money, coins, wallets, headphones and other things inside a carry-on bag rather than in the plastic bins. The bins are best for laptops. Just plop shoes on the conveyor belt.

“If everybody wastes a bucket, it all adds up,” Walsh said.

Put bins on the belt sideways, put carry-on bags on length-wise (they get stuck in the X-ray machines sometimes). Push bins and bags onto the conveyor. The rollers before the belt turn but don’t move on their own, so push the bin along until it reaches the belt.

Once through the metal detector or scanner, collect the items that have moved down through the X-ray machine and carry them somewhere nearby to reassemble everything. If people stop right there to get shoes and belts back on, it slows down the line.

It all adds up. Checking for an oversized bottle in a bag could take 10 minutes, and the bag might need to be run through the X-ray a second time. If three or four bags in quick succession need to be opened and checked, the line shuts down.

“That really, really slows the lines down. The majority of the bags we have to check are liquids or aerosols,” Huovinen said.

The five to ten people who opt for a pat-down rather than go through the scanner during an eight-hour shift pull a TSA officer out of the line, causing another delay of about five minutes.

Mothers struggling with an infant while placing a car seat and a folded stroller on the conveyor belt can slow the line.

If the X-ray reveals something that looks like a bomb, the line shuts down. Police are called in to open any carry-on bag that appears to contain a gun, causing a delay of 10 to 20 minutes.

People who are new to the experience and confused by it can slow the line.

“If this is your first time at an airport, just watch the person in front of you to see what they do,” Huovinen said.