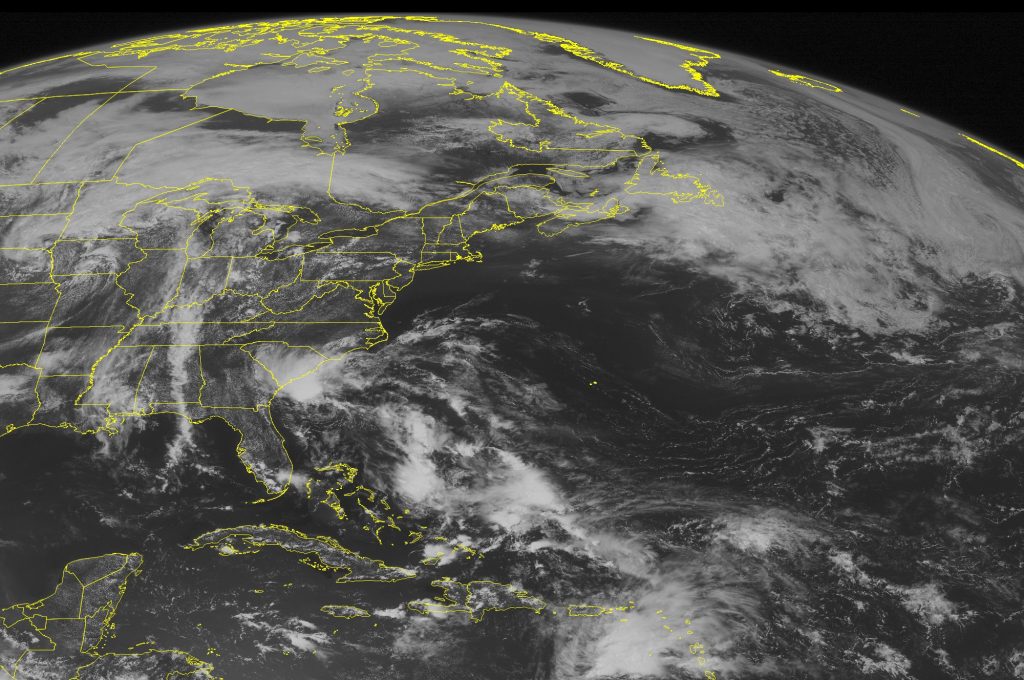 The National Hurricane Center said the center of the storm made landfall just east of Charleston, South Carolina, on the Isle of Palms around 8:30 a.m.

Forecasters say up to 8 inches of rain have fallen in parts of southern South Carolina. A flash flood warning was issued for Jasper County, where highway workers reported water to part of Interstate 95. About 3 inches of rain fell in Charleston in 24 hours and more is expected, according to the National Weather Service.

A flash flood warning was also issued for portions of Charleston, Dorchester, Beaufort and Berkeley counties.

Rescue crews in Carolina Beach south of Wilmington, North Carolina, are looking for a 21-year-old man who disappeared Saturday evening while swimming with two friends who made it back to shore safely, according to the Carolina Beach Police Department.

Further north, up to 3 inches was expected across southeastern North Carolina.

On Saturday, heavy rain and dangerous surf kept people off the Georgia, South Carolina and southern North Carolina beaches. No evacuations had been ordered.

Officials in Charleston were monitoring the winds. The area has 15 bridges over water than are at least 65-feet tall that are closed when winds get 40 mph or above.

Forecasters said an isolated tornado or two will be possible early Sunday over the immediate coastal region from central South Carolina through southern North Carolina.

Near Myrtle Beach, authorities said they were worried mostly about heavy rain causing dangerous driving conditions as thousands of bikers and their motorcycles make their annual trip to the area.

The first Atlantic storm of 2016 was Hurricane Alex, which made an unseasonable debut in January over the far eastern Atlantic. The storm was the first hurricane to form in the Atlantic in January since 1938 and made landfall in the Azores on Jan. 15.