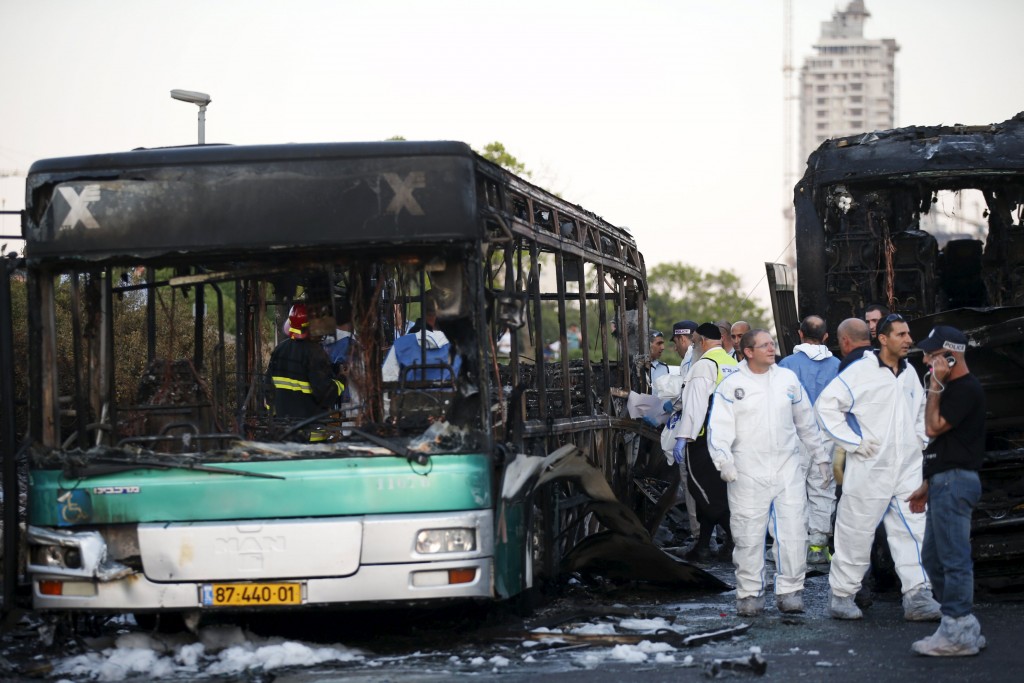 The Shin Bet on Sunday announced that it had uncovered and broke up a terror cell that planned terrorist attacks in the Yerushalayim area. The group was responsible for the attack on the Number 12 bus on Derech Chevron in April, officials said. Some 20 people were injured in that attack, one of them seriously.

The Shin Bet investigation concluded that the terror gang had manufactured its own weapons and used them in the attack, and had planned to repeat its action in the coming weeks, as Muslims celebrate Ramadan. Among the attacks planned were a mass shooting in the center of the city or near the Old City, and the deployment of a car bomb in a large crowd. Two of the gang were involved in previous shooting attacks against Israelis. Several had already served sentences in Israeli prisons for terror activities.

The Shin Bet says that Mohammad Sami Abed al-Hamid al-Azza, from the Aida refugee camp in Beit Lechem, learned how to build explosives from online videos.

It says he procured the explosives from others affiliated with the Islamic terror group Hamas and that they recruited and trained the bomber, Abed al-Hamid Abu Sarour, who died from his wounds in the April 18 explosion.

The six terrorists in the gang were arrested and will be held for the interim. All are residents of Arab neighborhoods in Yerushalayim and Beit Lechem, and they will be prosecuted by a military court.