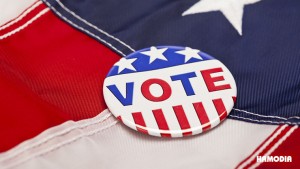 In the past week, several national polls looking at a general-election matchup between Hillary Clinton and Donald Trump have been released. Despite varying sample sizes and methodologies, the results were strikingly consistent.

Two of the more well-established polls reveal that movement toward Trump does not appear to be a product of unrealistic estimates of the composition of the electorate — the factor that plagued all those polls predicting a President Mitt Romney in 2012. It also shows that the tightening of the race is not completely due to Republicans coming home to their presumptive nominee. Trump’s increased strength boils down to a shift in support among independents, and that should be of concern to Clinton.

The NBC News/Wall Street Journal survey taken May 15-19 has Clinton ahead by 3 points while the ABC News/Washington Post poll taken at about the same time has Trump up by 2 points.

The demographics of the polls are virtually identical, with both assuming the electorate to be about 70 percent white and with both showing Democrats benefiting from a 7-point advantage in party identification among the registered voters sampled. While the composition of the electorate this fall is unknown, given long-term demographic trends and the historical nature of presidential-election voters, those proportions are reasonable and favorable to Democrats.

Overall, comparing the two most recent ABC/Post polls on the likely matchup between Trump and Clinton, Trump moved from a 9-point deficit in March to a 2-point advantage in May. Similarly, he closed his gap with Clinton by 8 points in the most recent NBC/Journal poll.

In the ABC/Post poll, among Republicans, Clinton does 6 points worse in the new poll than the last poll and Trump does 10 points better. This yields a net 16-point improvement among Republicans for Trump on the difference between the two candidates. That improvement for Trump’s margin over Clinton is 22 percentage points among independents. (In the March ABC/Post poll, Clinton led Trump by 9 points and in the most recent study, she trails him by 13.)

Multiplying the movement toward Trump among each party group by their share in the electorate shows how much of Trump’s total movement can be attributed to that group.

Trump gains from Republicans. But, of Trump’s gain from last month in the horse race, the largest increase comes from independents. To be sure, Clinton will get back a few Democrats, but she already has high loyalty (86 percent support) among members of her party and is not likely to increase an already large Democratic advantage (plus 7) in party identification among the electorate. At some point, she is going to have to win a larger share of independents. She can do that by winning a type of independent with a particular set of attitudes.

With that in mind, one data point to pay attention to is President Barack Obama’s job approval number. It is now more than 50 percent, according to Gallup and a variety of other surveys, and that should be good news for Clinton. Even though Obama is not on the ticket, the approval rating of the incumbent president is an excellent predictor of the vote share of his party’s nominee. Clinton’s chances are greatly buoyed by an improving view of Obama’s job performance. That said, for Clinton to win, at some point, her vote share and favorability rating will need to come more into sync with the president’s.

That suggests this campaign will be about Clinton trying to earn — and turn out — the votes of those who approve of the job Obama is doing, but who now hold an unfavorable view of her.