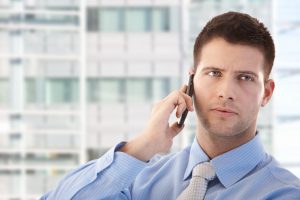 National Institutes of Health expert reviewers are finding flaws in the agency’s new study that connects heavy cellphone radiation to a slight increase in brain tumors in male rats.

The study bombarded rats with cellphone radiation from the womb through the first two years of life and found tumors in 2 to 3 percent of male rats, which the study’s authors called low. But females weren’t affected and, strangely, the rats not exposed to the cellphone radiation died at a higher rate than those that were.

Another odd factor was that rats in the group that wasn’t exposed didn’t contract what would be the normal number of brain tumors for that population.

“I am unable to accept the authors’ conclusions,” wrote outside reviewer Dr. Michael Lauer, deputy director of NIH’s office of extramural research. “I suspect that this experiment is substantially underpowered and that the few positive results found reflect false positive findings.”

The fact that the rats exposed to radiation survived longer than those that weren’t “leaves me even more skeptical of the authors’ claims,” Lauer wrote.

The study also found a slight increase in a very rare type of heart tumors in the male rats exposed to cellphone radiation.

“Given the widespread global usage of mobile communications among users of all ages, even a very small increase in the incidence of disease resulting from exposure to (cellphone radiation) could have broad implications for public health,” the study said.

Four other study reviewers – three from NIH – also raised questions about the way the study was conducted and its conclusions.

In 2011, a working group of the International Agency for Research on Cancer said cellphones are possibly carcinogenic. But numerous studies over the years, before and after that listing, have found little evidence of a problem. Among the largest, a survey of 13,000 people in 13 countries found little or no risk of brain tumors, with a possible link in the heaviest users that the study’s authors found inconclusive. And a large Danish study that linked phone bills to a cancer registry found no risk even in longtime users.

The Federal Communications Commission said in a statement that it was monitoring the research.

“Scientific evidence always informs FCC rules on this matter,” the statement said. “We will continue to follow all recommendations from federal health and safety experts.”

Lauran Neergaard contributed to this story.