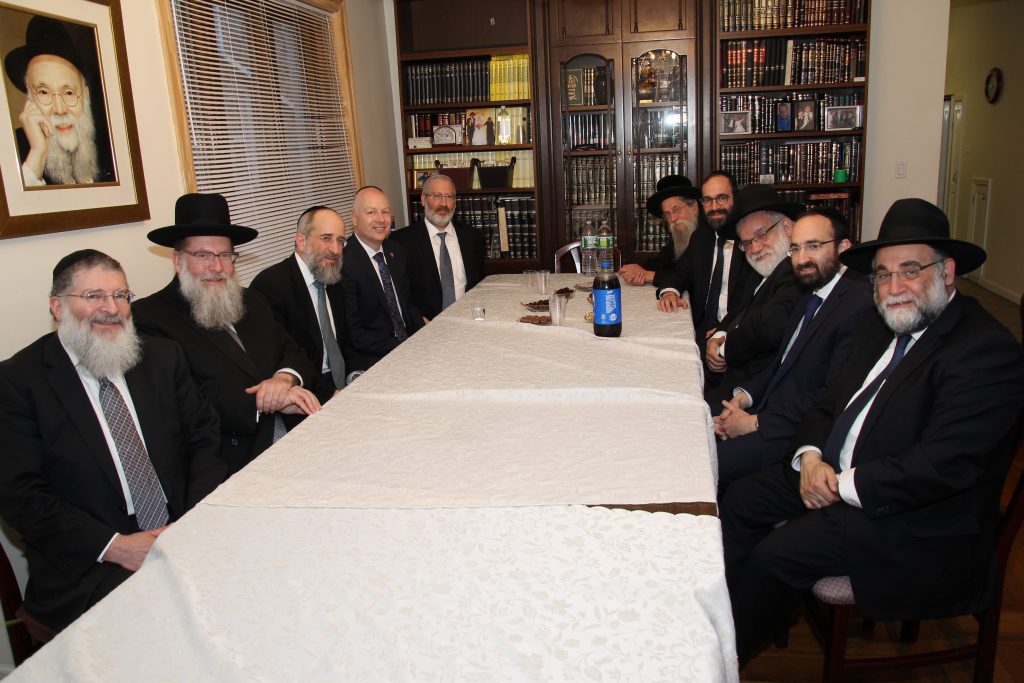 Jason Dov Greenblatt, whom Trump named last month as his top advisor on his Israel policy, was hosted by the Flatbush Jewish Community Coalition and met with local Rabbanim and community groups.

Greenblatt, an Orthodox Jew, is the executive vice president and chief legal officer at the Trump Organization, with an office next to Trump’s. According to the FJCC, this was his first visit to the Jewish community since Trump named him as his advisor.

He later met with community organizational leaders, including Rabbi Chaim Dovid Zweibel, Executive vice president of Agudath Israel of America; Sol Werdiger, chairman of the Agudah board and a group of FJCC representatives, including Josh Mehlman, Peter Rebenwurzel and Chaskel Bennett.

As a father of six children, all in yeshivah, Greenblatt is familiar with the challenges private school parents are facing. He articulated at the meetings how his Torah background was essential to his activities.