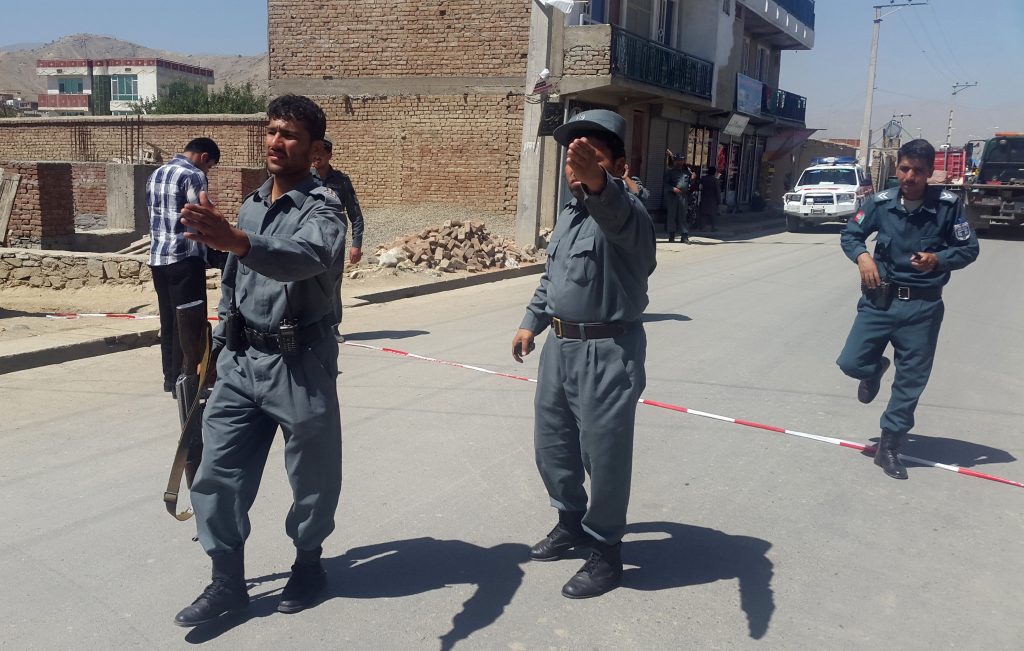 An Afghan official says a suicide bomber struck a vehicle that was transporting court employees in Kabul, killing 10 people.

Najib Danish, the Interior Ministry’s Deputy Spokesman, said the bomber, who was on foot, detonated his explosives vest as he walked by the vehicle in the Afghan capital on Wednesday.

Danish said the explosion, which took place during the morning rush hour in the western part of the city, also wounded four people. The casualties include both court workers and civilians.

No group has claimed responsibility yet.

The last major attack in Kabul was on April 19, when a massive bomb killed 64 people and wounded hundreds.