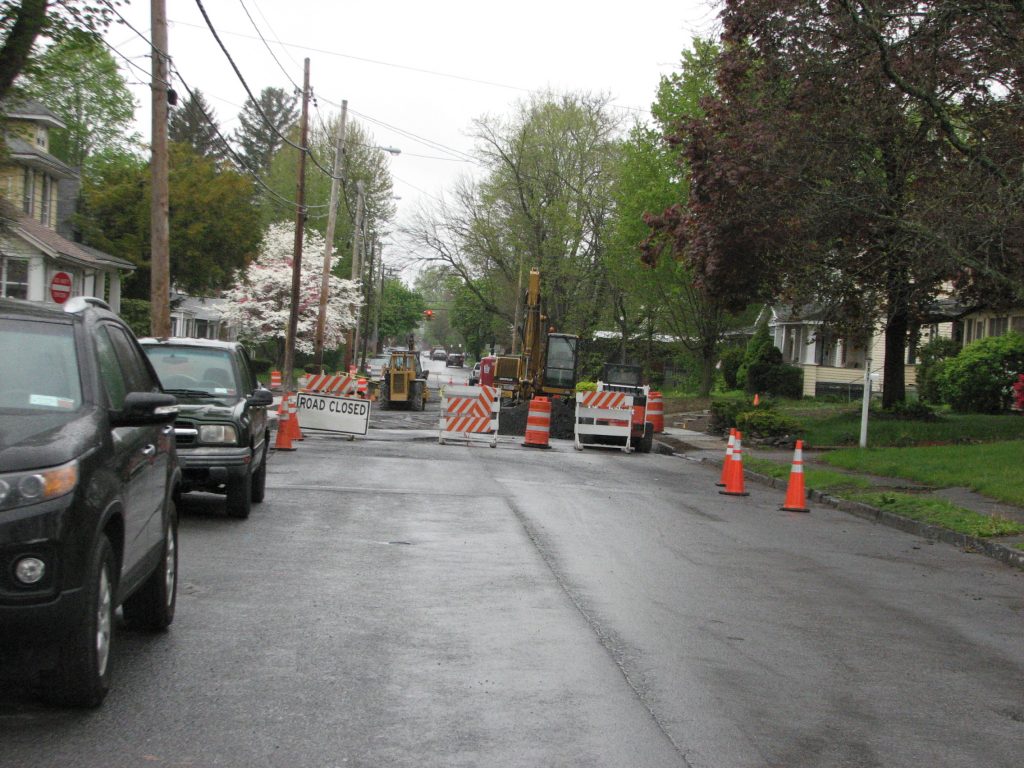 After five years and more than $7.5 million, traffic is moving again on a stretch of a street in a Hudson Valley city that was closed by a sinkhole.

The long-closed section of Washington Avenue in Kingston was reopened Monday morning, two weeks after crews repaved the street.

The saga began in April 2011 when the pavement gave way. Officials blamed it on leaks from a century-old underground stormwater tunnel.

Fixing the problem turned out to be tougher than first thought, with crews finally constructing a 10,000-ton underground archway beneath the road’s surface and above the tunnel to stabilize the soil.

The total bill for repairing the street stands at nearly $7.6 million, about triple the initial cost estimate.