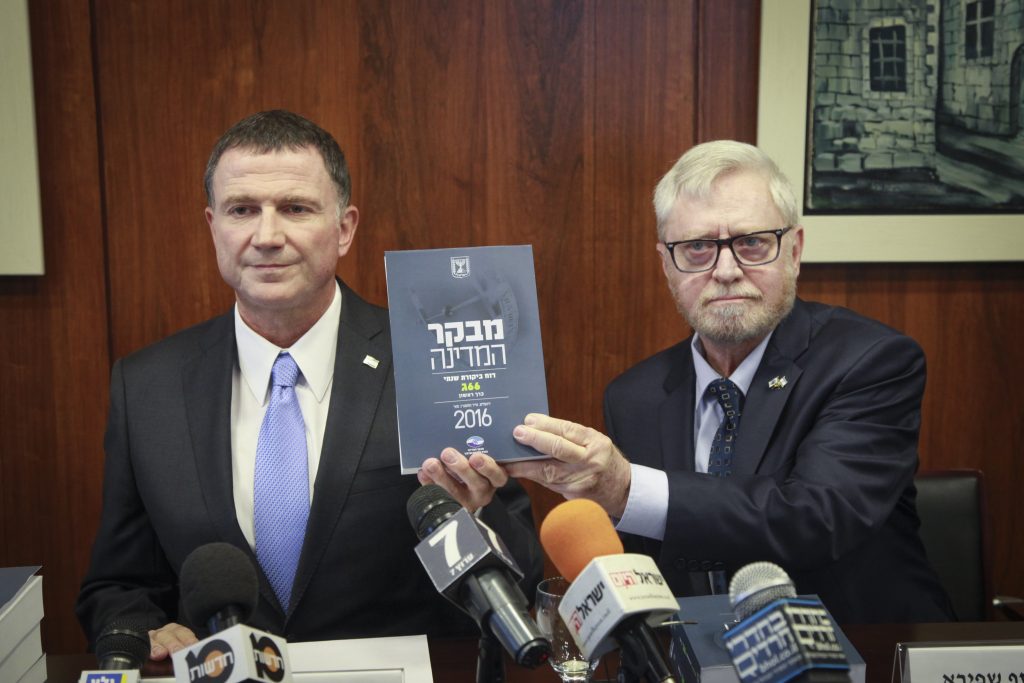 Did Prime Minister Binyamin Netanyahu and his wife Sarah personally benefit from government expenditures on travel when he was Finance Minister in 2003-2005? The question would seem to have been resolved, as then-Attorney General Yehuda Weinstein in 2014 determined that there had been no criminal activity on the part of the Prime Minister in what was dubbed the “Bibitours” scandal.

However, State Comptroller Yosef Shapira has refused to let the matter drop, holding hearings earlier this year on the matter – and in his annual report released Tuesday, Shapira said that even if there was no criminal activity – at least on the surface – Netanyahu and his spouse had “acted improperly, with the appearance of scandal.”

In the report, Shapira discusses the trips Netanyahu took while Finance Minister over a decade ago. Netanyahu’s travel was mostly funded by the government, but several were funded by outside organizations, including Israel Bonds and foreign governments. In addition, he took his wife on several trips, and her flights were paid for by organizations, governments, and businesses that had invited Netanyahu. The Prime Minister did not report some $50,000 worth of trips his wife and other family members took, as well as several hotel stays.

In some cases, Netanyahu was accused of billing the government for the trips that had been paid for by private groups. That did not take place, the report stated, although failing to report the private funding “veered from established rules” and gave the “impression of incorrect and perhaps illegal behavior.”

In the investigation conducted by Weinstein, Netanyahu said that as a former Prime Minister, it would be expected for him to bring his wife on such trips, and that the practice was common among ministers.

Sources close to Netanyahu told Israel Radio that they were satisfied with the report. “This is truly making a mountain out of a molehill,” one was quoted as saying. “The Attorney General has already examined this information and found that there was no place for criminal investigation. The report agrees that Netanyahu acted exactly like everyone else did at the time. Netanyahu’s travel was paid for by Jewish institutions abroad, and these trips were important for Israel, as he was able to raise tens of millions of dollars for the state speaking abroad, as well as speaking to foreign media and helping present Israel’s case.”