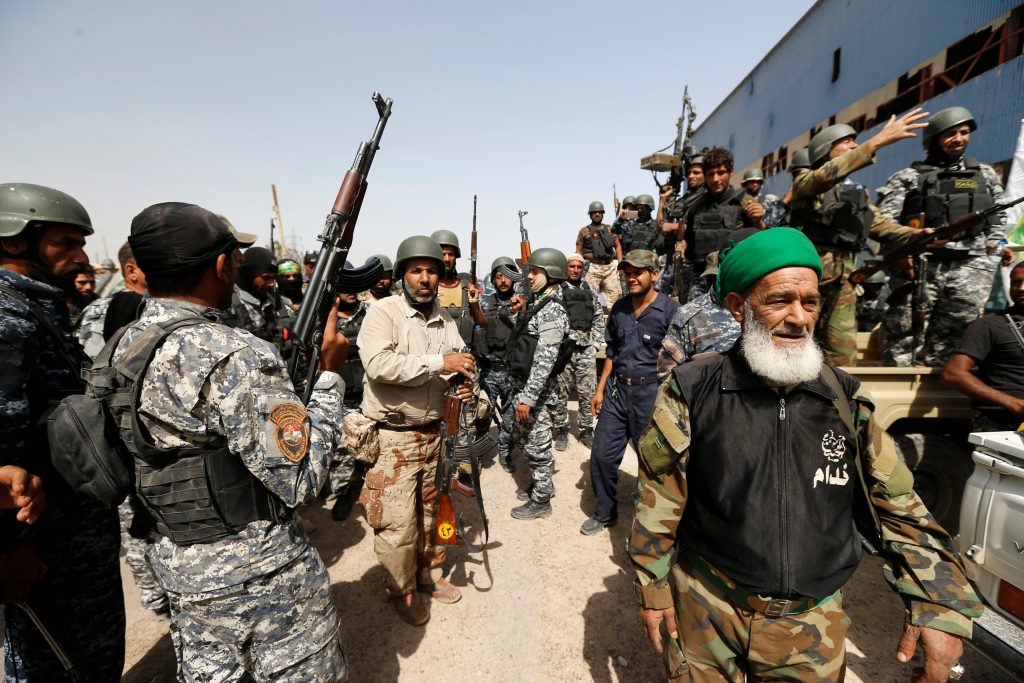 Iraqi forces shelled Islamic State targets in Falluja on Tuesday, the second day of an assault to retake the terrorist stronghold just west of Baghdad.

As the government sought to ease international concerns about the risk to civilians, residents in the city, 30 miles west of the capital, reported sporadic shelling around the city center, but said it was less intense than on Monday.

“No one can leave. It’s dangerous. There are snipers everywhere along the exit routes,” one resident told Reuters.

About 100,000 civilians are estimated to be in Falluja which, in January 2014, became the first Iraqi city to be captured by the Islamic State terror group, six months before the group declared its caliphate. The population was three times bigger before the war.

The Iraqi military said it had dislodged the terrorists from Garma, a village east of the city, overnight. No casualties were reported by the army or the city’s main hospital. On Monday, eight civilians and three terrorists were killed, and 25 people wounded, 20 of them civilians, according to the hospital.

The United Nations and the International Committee of the Red Cross issued statements on Monday evening appealing for the warring parties to protect civilians, who have limited access to food, water and healthcare.

Prime Minister Haider al-Abadi said the armed forces had been “instructed to preserve the lives of citizens in Falluja and protect public and private property.”

“Those who cannot take the exit routes, they can stay at home and not move,” he added in comments aired by state Iraqi media while on a visit to the field command center near Falluja.

Abadi ordered the offensive despite concerns that it could divert resources from a push later this year to retake Mosul, Islamic State’s de facto capital in Iraq, and in the face of months of political chaos since his plan to appoint a cabinet of independent ministers – in a bid to fight corruption and patronage – was blocked by parliament.

Shiite Muslim politicians stepped up calls on Abadi to attack Falluja after a series of devastating bombings in Baghdad and elsewhere, claimed by Islamic State, an ultra-hardline Sunni Muslim group.

Local Sunni tribes and a coalition of mostly Shiite militias are supporting the army in the battle against Islamic State, whose forces in the city number between 500 and 700, according to a U.S. military estimate.

The militias, including some backed by Shi’ite power Iran, may be restricted to operating outside the city, as they largely were in the battle to retake Ramadi six months ago, to avoid aggravating sectarian tensions with Sunni residents.