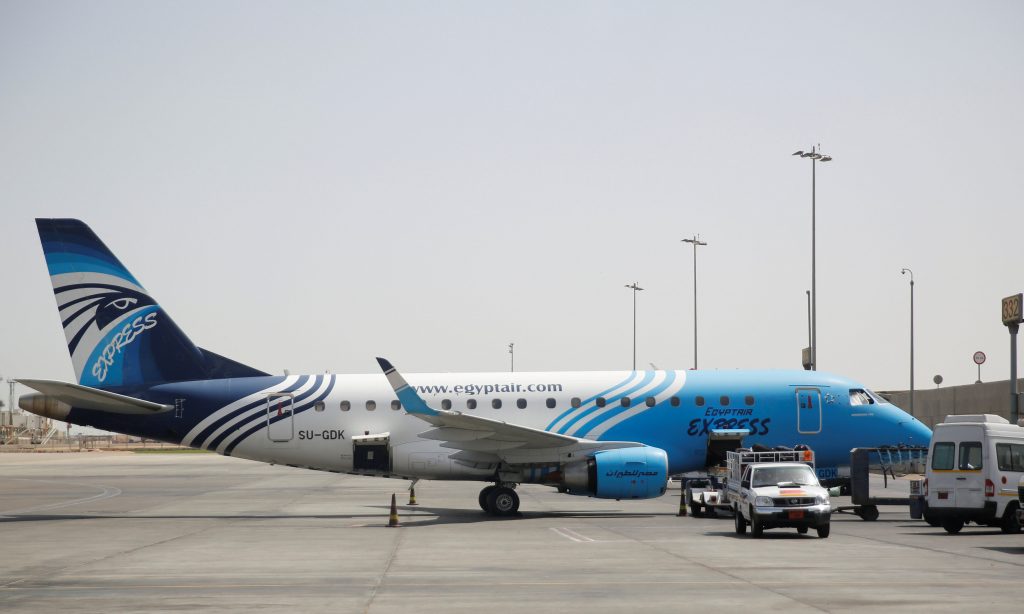 Egypt’s public prosecutor formally requested data on the crashed EgyptAir plane from France and Greece on Monday, as the victims’ remains began arriving at a Cairo morgue ready for DNA testing.

EgyptAir flight 804 from Paris to Cairo vanished off radar screens early on Thursday as it entered Egyptian airspace over the Mediterranean. The 10 crew and 56 passengers included 30 Egyptian and 15 French nationals, all believed to be dead.

Public Prosecutor Nabil Sadek asked his French counterpart to hand over documents, audio and visual records on the plane during its stay at Charles de Gaulle airport and until it left French airspace, his office said in a statement.

He also asked Greek authorities to hand over transcripts of calls between the pilot and Greek air traffic control officials, and for the officials to be questioned over whether the pilot sent a distress signal.

Egyptian officials say they received no mayday call from the pilots before the plane disappeared.

Greek officials say that controllers chatted with the pilot after the plane entered Greek airspace and that he sounded cheerful. He thanked them in Greek, they said. When they tried to call him again to hand over to Egyptian air traffic control they got no response. The plane then disappeared from radar.

French investigators say the plane sent a series of warnings indicating that smoke had been detected on board as well as other possible computer faults shortly before it disappeared. The signals did not indicate what may have caused smoke, and aviation experts have not ruled out either deliberate sabotage or a technical fault.

Egyptian President Abdel Fattah al-Sisi said all scenarios were possible and that none were being ruled out. He promised a transparent investigation but said it could take a long time.

Greek Defense Minister Panos Kammenos said on Friday that Greek radar had picked up sharp swings in the jet’s trajectory as it plunged from a cruising altitude to 15,000 feet, then vanished from radar.

“We did not record any form of swerving,” head of National Air Navigation Services Company Ehab Mohieeldin told privately owned local media channel CBC on Monday night. He added that Egyptian officials were able to spot the jet on radar for one minute before it disappeared but they were unable to communicate with it.

Ships and planes scouring the sea north of Alexandria found body parts, personal belongings and debris from the Airbus 320, but were still trying to locate two “black box” recorders that could shed light on the cause of Thursday’s crash.

If recorders are found intact their contents will be studied in Egypt, air accident investigator Captain Hani Galal told CBC, but they will be sent abroad for analysis if found damaged.

The State Security Prosecution will handle the criminal side of the investigation and will examine all debris and remains, state-owned newspaper Al-Ahram reported on Sunday.

An Egyptian team formed by the Civil Aviation Ministry is conducting the technical investigation and three officials from France’s BEA air accident investigation agency arrived in Cairo on Friday with an expert from Airbus.

Investigators are due to take DNA samples from the families of passengers and crew on Tuesday as the task begins of identifying what few remains have been recovered so far.

Air crash investigation experts say the search teams have around 30 days to listen for pings sent out once every second from beacons attached to the two black boxes. While global aviation regulators agreed several years ago to extend the life of such devices to 90 days, their decision will not take effect until 2018.

The crash was the third blow since October to hit Egypt’s travel industry, still reeling from political unrest following the 2011 uprising that ousted Hosni Mubarak.

A suspected Islamic State bombing brought down a Russian airliner after it took off from Sharm al-Sheikh airport in late October, killing all 224 people on board, and an EgyptAir plane was hijacked in March by a man wearing a fake suicide belt.

Islamic State claimed responsibility for the Sharm al-Sheikh bombing within hours but a purported statement from the group’s spokesman Abu Muhammad al-Adnani, distributed on Saturday, made no mention of the crash.

The October crash devastated Egyptian tourism, a main source of foreign exchange for a country of 80 million people. Tourism revenue in the first three months of the year plunged by two-thirds to $500 million from a year earlier, and the latest incident could crush hopes for a swift recovery.