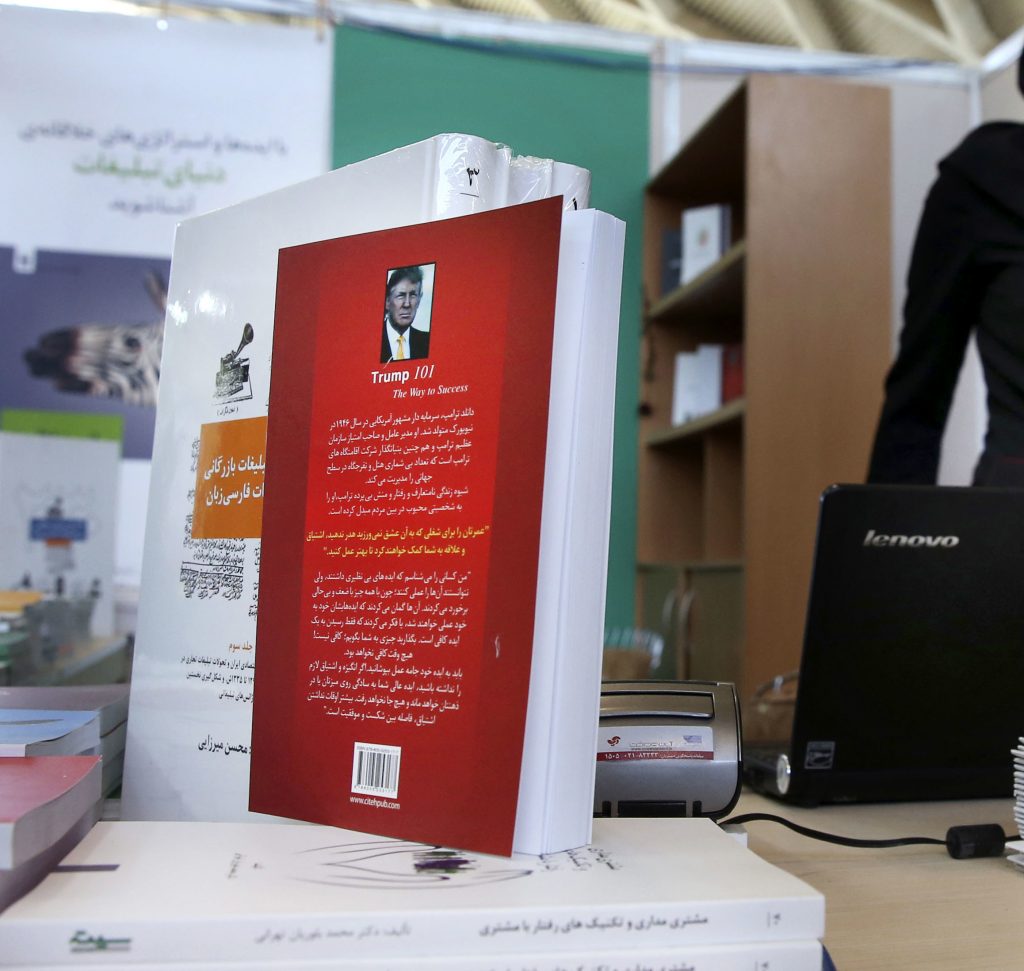 After decades of officially-imposed detachment from the “Great Satan,” Iranians are this time transfixed by the wild U.S. presidential campaign, mindful that the next White House occupant could have direct impact on their lives.

At the heart of the matter is last year’s deal with world powers, which eased the country’s isolation and removed many economic sanctions in exchange for a curtailment of Iran’s nuclear program. Presumptive Republican nominee Donald Trump has bitterly criticized the accord, which is rather popular in Iran, and says he would rework it.

Iran and America have not restored the official diplomatic ties that were cut after the 1979 Islamic Revolution and U.S. Embassy takeover. But the high stakes — combined with Iranian state media’s renewed attention to news from the West — have made the election the talk of barbershops, living rooms and street corners.

Although there are no polls about Iranians’ views on the presidential campaign, there is a sense of apprehension regarding Trump, even though some consider his criticism mostly bluster. There are also concerns about Democratic front-runner Hillary Clinton, who many consider to have struck a relatively hard line on Iran during her time as Secretary of State.

State media, which paid scant attention to previous presidential campaigns before last year’s nuclear accord, has closely followed the race. Their main focus is also the potential impact on the nuclear deal.

The news station makes a point of airing comments by Democratic candidate Bernie Sanders, focusing on racial injustice and social inequality. That taps into a narrative often advanced by Iran’s Supreme Leader Ayatollah Ali Khamenei, who in 2011 predicted the Occupy Wall Street protests would “thrive to the extent that the capitalist system of America and the West will be completely razed to the ground,” according to his site.

In Tehran’s Revolution Square, popular with book-lovers, a book coauthored by Trump has been available for years. Merchants blame declining sales on Trump’s criticism of the nuclear deal. Copies of Clinton’s book “Hard Choices” also sit on display.

Fayyaz Zahed, a Tehran-based political analyst, warns that a Trump victory would be “disastrous” and would embolden nationalists in both countries.

Iranians “may turn to a military, extremist and hard-line figure” in their own 2017 presidential elections, Fayyaz told Arya, a conservative news site. It would work against Iran’s current President Hassan Rouhani, a relative moderate whose administration championed the nuclear deal.

Ali Khorram, a former Iranian envoy to the United Nations, wrote in the pro-reform daily newspaper Etemad that Trump would “not have the same positive and good will that President Barack Obama and Secretary of State John Kerry have toward Iran and the deal.”

But others see more complex dynamics at play. Nasser Hadian, a professor of international relations at Tehran University, argued that Trump would actually be more amenable than Clinton.

“Trump will remain loyal to the deal since he is a businessman and businessmen do not violate contracts unilaterally,” Hadian said in an interview with pro-reform newspaper Shargh. Also, he argued, Trump “lacks the international legitimacy to impose sanctions on Iran or to violate the deal.”

Iranian officials have refrained from comment on the race and are sticking to the position that opponents of the nuclear deal are influenced by longtime foe Israel.

A key factor is the persistent suspicion among official circles in Iran that Washington has never truly accepted Iran’s clerical system and is constantly seeking to replace it with a more Western-style democracy.

“The U.S. paved the ground for the collapse of the Soviet Union, step by step,” noted cleric Ali Saeedi, a leading hard-liner, according to a report on the official Revolutionary Guard site. Although it is not the official U.S. position at present, Saeedi maintained that U.S. policy is still “aimed at toppling the Islamic Republic.”