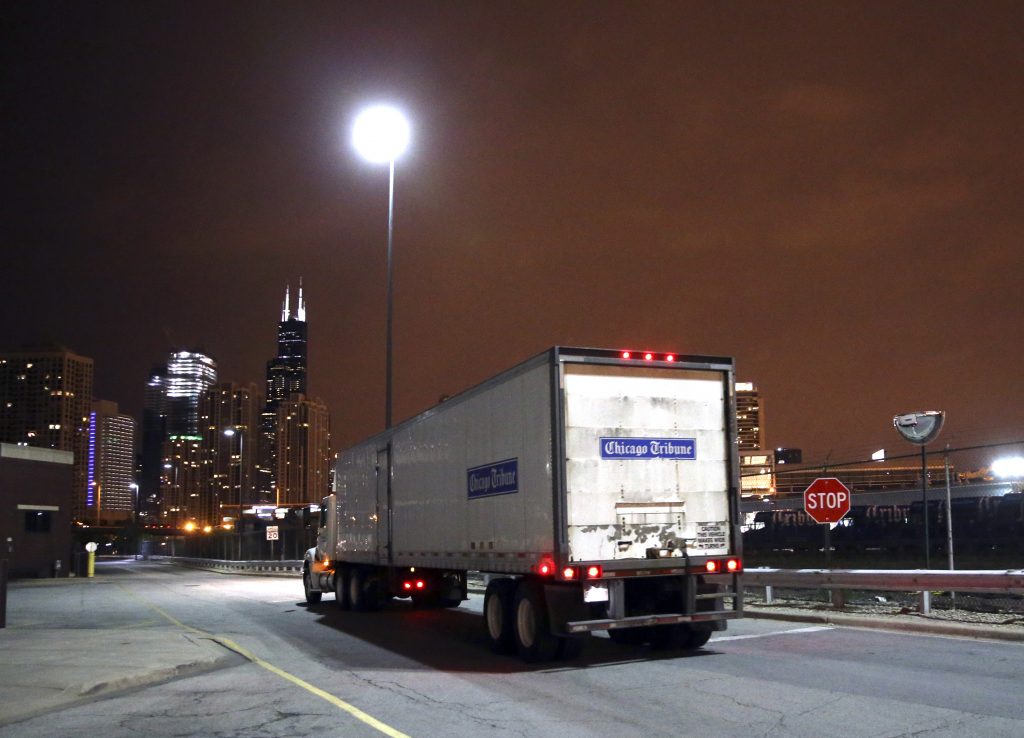 Tribune Publishing has rejected Gannett’s $15-per-share offer to buy the company, but opened the door to negotiations, the Chicago-based newspaper company announced Monday.

Tribune Publishing also announced it received a $70.5 million investment from Nant Capital in a deal that makes the California-based technology investment firm the company’s second-largest shareholder, surpassing Oaktree Capital Management, which has pushed Tribune Publishing to negotiate a sale to Gannett.

Nant received 4.7 million newly issued shares at $15 a share, and company founder Dr. Patrick Soon-Shiong, a billionaire former surgeon and biotech entrepreneur, has been invited to join the Tribune Publishing board as vice chairman, beginning June 2. Nant’s acquisition, which gives it a 12.9 percent stake, includes a three-year share lockup.

In a letter to employees Monday, Tribune Publishing CEO Justin Dearborn said the capital infusion will be used to finance and accelerate the company’s “transformative” growth strategy, and said Soon-Shiong was “fully supportive of our transformation plan.”

On May 16, Gannett boosted its all-cash offer to acquire Tribune Publishing to $15 per share, raising the stakes after the owner of the Chicago Tribune, Los Angeles Times and other major newspapers earlier this month rejected an unsolicited $12.25-a-share bid.

The revised offer values the company at $864 million, including the assumption of $385 million in debt, and represents a 99 percent premium to the price Tribune Publishing stock was trading at before Gannett made its initial offer public April 25.

Michael Ferro became Tribune Publishing’s largest shareholder in early February when his investment firm, Merrick Media, bought a 16.6 percent stake in a $44.4 million deal that priced the stock at $8.50 per share.

While Tribune Publishing’s board rejected Gannett’s $15 per share offer, it opened the door to further discussions with a mutual nondisclosure agreement allowing Gannett access to financial information “to assess whether a transaction in the best interests of Tribune and Gannett shareholders can be negotiated,” Dearborn said in the letter to employees.

On Sunday, Dearborn sent a letter to Oaktree Vice Chairman John Frank, which stated that Oaktree has “recently rejected” an offer from an independent third party to acquire its stake in Tribune Publishing for $15 per share. The letter, which was filed with the Securities and Exchange Commission, goes on to suggest that Oaktree and Gannett were working together to facilitate the acquisition.

“Frankly, our entire board is perplexed by the apparently coordinated behavior of Gannett and Oaktree, and we question Oaktree’s underlying motives,” Dearborn said in the letter.

Oaktree’s Frank responded with a letter to Dearborn on Sunday denying that they had a received a $15 per share offer from an independent third party, but rather an overture from Ferro representing another buyer.

“We declined to entertain such an offer, in significant part because we believe that a better price than $15 per share would be available if the Tribune Publishing Board would engage constructively with Gannett,” Frank said in the letter, which was also filed with the SEC.