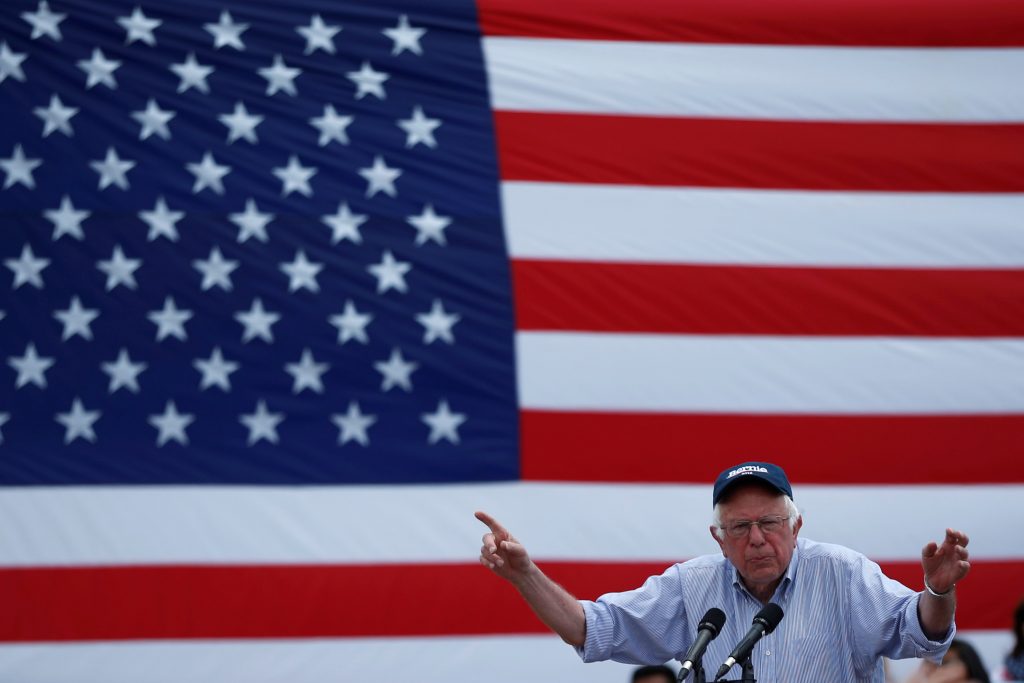 Bernie Sanders predicted Monday that the Democratic National Convention in Philadelphia could be “messy” as he pushed the party to adopt his progressive agenda, but added: “Democracy is not always nice and quiet and gentle.”

The Democratic presidential candidate said in an interview with The Associated Press that his supporters hoped to see a platform at the July convention that reflects the needs of working families, the poor and young people as opposed to one that represents Wall Street and corporate America.

The Vermont senator said he will “condemn any and all forms of violence” but his campaign was bringing in newcomers to the process and first-time attendees of political conventions. He said the Democratic party could choose to be more inclusive.

Asked if the convention could be messy, Sanders said, “So what! Democracy is messy. Everyday my life is messy. But if you want everything to be quiet and orderly and allow, you know, just things to proceed without vigorous debate, that is not what democracy is about.”

Sanders is vying for support ahead of California’s June 7 primary, a day that also includes contests in New Jersey and four other states. Rival Hillary Clinton has 271 more pledged delegates than Sanders and is just 90 delegates shy of clinching the nomination when the total includes superdelegates, the party officials and elected leaders who can support the candidate of their choice.

Sanders said he had a “shot” at winning the June 7 California primary against Hillary Clinton and said given his deficit among delegates it was “imperative” that he perform well.

“What happens if I win a major victory in California? Will people say, ‘Oh we’re really enthusiastic about Hillary Clinton despite the fact that Bernie Sanders has now won whatever it may be, 25 states, half the states?'” he said adding that if that happens, superdelegates “may rethink that. That is why you want the process to play out.”

The senator spoke after the Democratic National Committee announced a 15-member platform drafting committee, which will write the first draft of platform and will include allies of both candidates.

Sanders said the drafting of the platform would be an “excellent time to educate the American people. There are two sides to every issue and I’m sure that Secretary Clinton will have very vigorous proponents of her point of view as we will have.”