Production of Coke Halted in Venezuela for Lack of Sugar 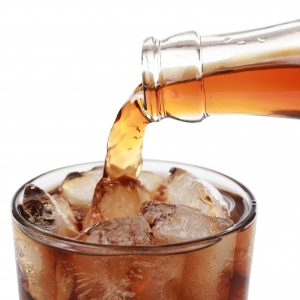 The Venezuelan bottler of Coca-Cola has halted production of sugar-sweetened beverage due to a lack of sugar, a Coca-Cola Co spokeswoman said on Monday.

Venezuela is in the midst of a deep recession, and spontaneous demonstrations and looting have become more common amid worsening food shortages, frequent power cuts and the world’s highest inflation.

Production of sugar-sweetened drinks has stopped, but output of diet drinks such as Coca-Cola light and other zero-sugar beverages continued, spokeswoman Kerry Tressler wrote by email. The local bottler, Coca-Cola Femsa SAB, said it would issue a statement later on Monday.

“Sugar suppliers in Venezuela have informed us that they will temporarily cease operations due to a lack of raw materials,” Tressler added.

Over the past several years, the combination of price controls, rising production costs, lack of foreign exchange, restrictive labor laws, and a lack of basic inputs, such as fertilizer, have resulted in a drop of sugar cane production due to fewer planted hectares (acres) and lower yields.

Many smaller farmers have turned to other crops that are not price controlled and thus provide greater income.