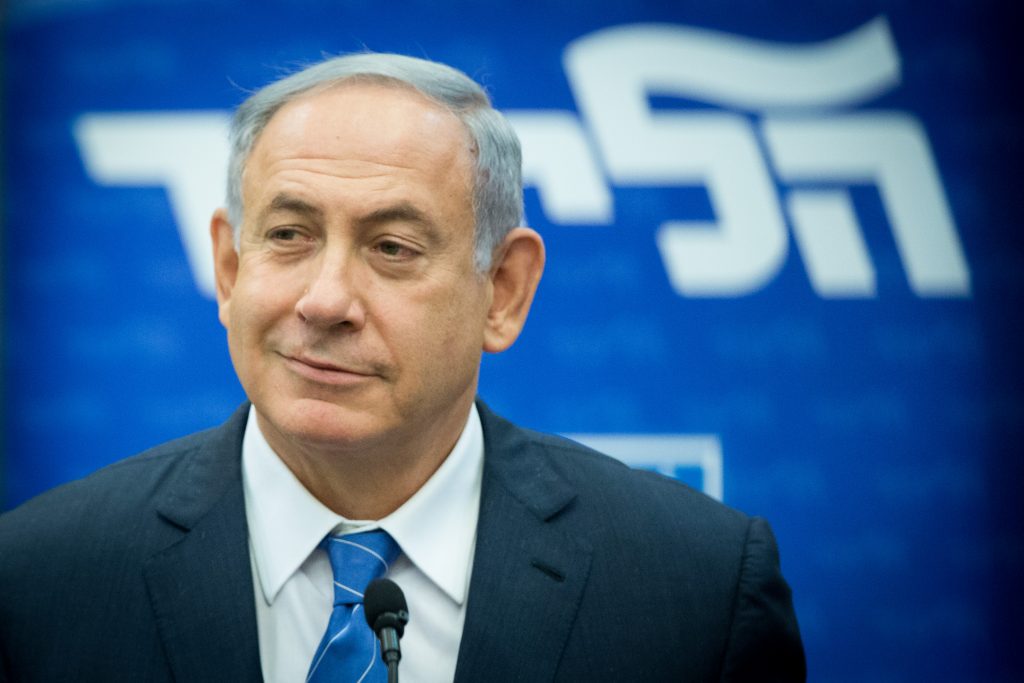 Shortly after Yisrael Beytenu chairman Avigdor Liberman declared that coalition talks were “deadlocked,” Prime Minister Binyamin Netanyahu told a Likud meeting on Monday there was “no crisis,” and said he expected the broader coalition to become reality “in the next few days.”

“We need to join forces to have a government that is as broad as possible so it could handle the challenges and promote the opportunities the state of Israel is facing,” Netanyahu added.

However, Netanyahu reportedly convened an urgent meeting earlier in the day to resolve issues between Liberman and Finance Minister Moshe Kahlon which have caused delayed Yisrael Beytenu’s entrance into the government.

“We compromised on issues of religion and state and on death sentence to terrorists, but we will not compromise on two basic issues: the defense portfolio, and the pension reform,” Liberman told his Yisrael Beytenu faction meeting on Monday afternoon.

Kahlon was quoted as saying that the move to bring elderly citizens receiving income support over the poverty line will go ahead regardless of the negotiations, but that he would not submit to what he called extortion attempts from the incoming coalition partner, according to Ynet.

Meanwhile, on Monday, Yair Lapid claimed that Netanyahu invited him to join the coalition several months ago, but that Lapid turned him down because of promises to his supporters.

“The prime minister came to me several months ago, and suggested that I become foreign minister and receive other portfolios,” said Lapid. “I said ‘Thank you very much, I respect you and I respect your government, but the answer is no and there is nothing to discuss.’ Why? Because we promised (voters we wouldn’t join the coalition). It’s not complicated to stand by what you promise.”