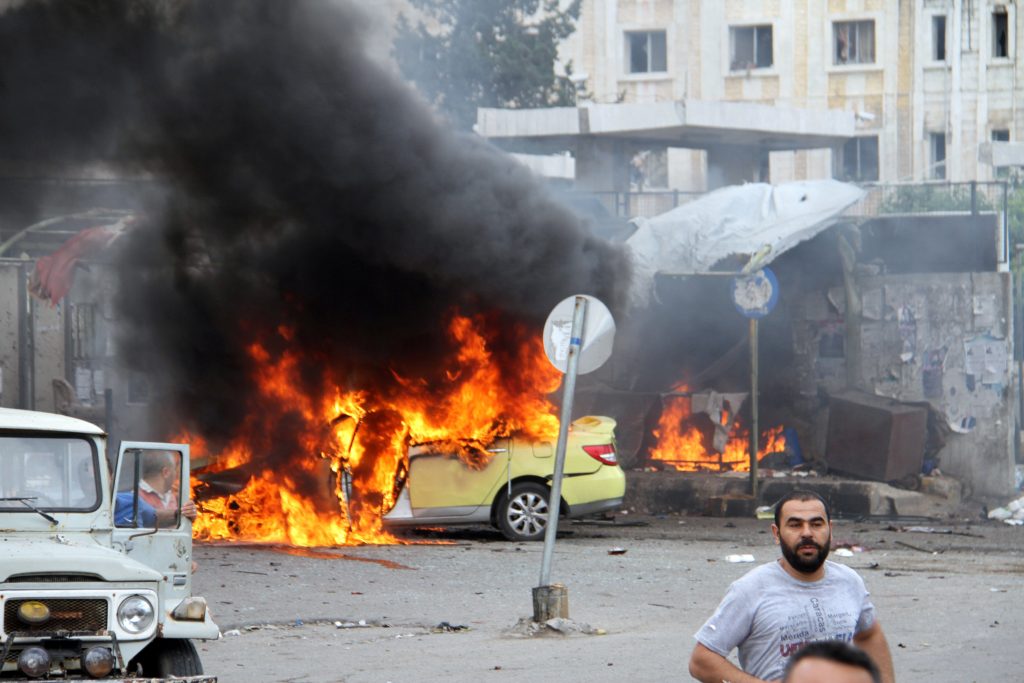 Bomb blasts killed more than 120 people in the Syrian coastal cities of Jableh and Tartous on Monday, monitors said, in a government-controlled area that hosts Russian forces.

The Islamic State terror group claimed responsibility for the attacks in the Mediterranean cites that have up to now escaped the worst of the conflict, saying it was targeting supporters of President Bashar al-Assad.

Scores were wounded in at least five suicide attacks and two car bombs, the Syrian Observatory for Human Rights said, the first assaults of their kind in Tartous, where government ally Russia maintains a naval facility, and Jableh.

State media confirmed the attacks but gave a lower toll.

Fighting has increased in other parts of Syria in recent weeks as world powers struggle to revive a threadbare cease-fire in western Syria and after peace talks in Geneva this year broke down.

State media reported that a car bomb and two suicide bombers attacked a petrol station in Tartous. In Jableh, one of the four blasts hit near a hospital, state media and the Observatory reported.

Footage broadcast by the state-run Ikhbariya news channel of what it said were scenes of the blasts in Jableh showed several twisted and incinerated cars and minivans. Pictures circulated by pro-Damascus social media users showed dead bodies in the back of pick-up vans and charred body parts on the ground.

The Syrian Observatory said at least 53 people were killed in Jableh, and 48 in Tartous.

The interior ministry said in a statement more than 20 people had been killed, and one state media outlet put the death toll at 45 people.

Bombings in the capital Damascus and western city Homs earlier this year killed scores and were claimed by Islamic State, which is fighting against government forces and their allies in some areas, and separately against its jihadist rival al-Qaida and other terrorist groups.

Russia, which intervened in the Syrian war in support of President Bashar al-Assad last September, operates an air base at Hmeymim in Latakia and a naval facility at Tartous.

Latakia city, which is north of Jableh and capital of the province that is President Assad’s heartland, has been targeted on a number of occasions by bombings and rocket attacks.