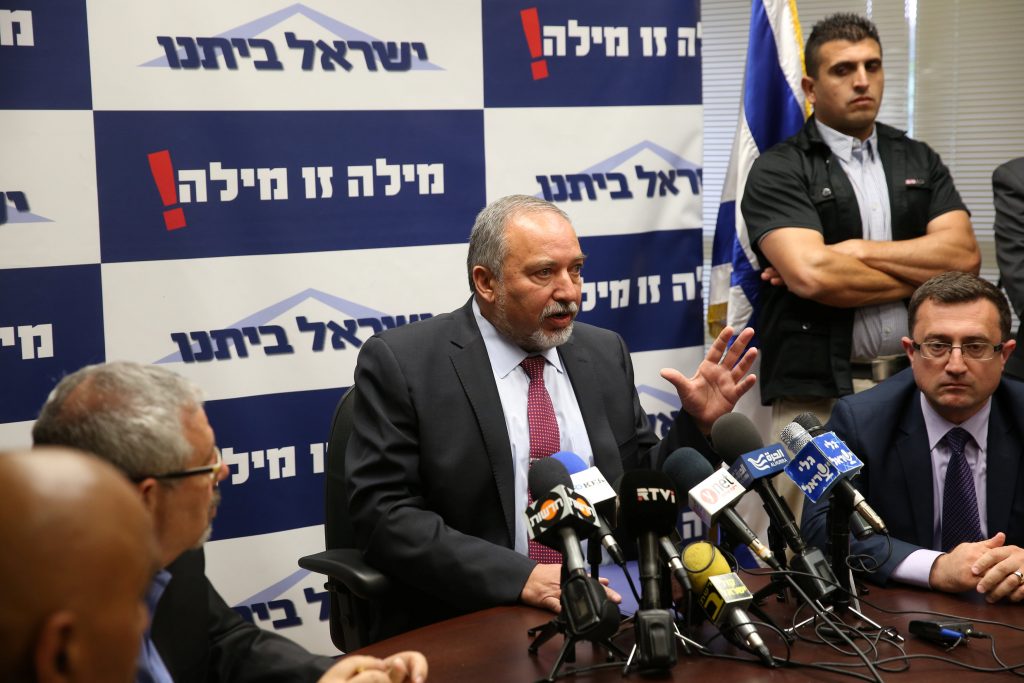 While Avigdor Liberman is set to take on the Defense Ministry Tuesday, the question of the rest of his party joining the coalition is being held in abeyance, he said at a party meeting Monday. At issue is the matter of providing government pensions for immigrants who have not been in Israel long enough to get a full pension under the current legislation, a law Prime Minister Binyamin Netanyahu has promised to change, but is turning out to be problematic.

According to various informal legal opinions the government has solicited, providing pensions just to Russian immigrants would not stand legal tests in the High Court, as other groups would claim they are being discriminated against. At a meeting earlier Monday, Finance Minister Moshe Kachlon offered to provide pensions for all immigrants who did not currently qualify, but that offer was reportedly turned down by Liberman.

In response, Liberman accused elements in the Treasury of leaking information about the negotiations to the media in order to harm them. In a statement, Liberman stressed that his reform applied to all immigrants, and that the Treasury and media were deliberately portraying his stance incorrectly. This reform is necessary to correct the injustices in pension policy and to help those in need. Unfortunately most of these are from the former Soviet Union countries. I do not understand why it is being potrayed as an ethnic issue.”

Liberman said that he was still interested in entering the government, but was only interested in negotiating in good faith. “We never expected to get 100 percent of our demands, and we negotiated with the intent of completing talks quickly. We were prepared to compromise on many key issues, such as the death penalty for terrorists,” which, according to media reports, Liberman is no longer demanding. “But there are some issues we will not compromise on.”