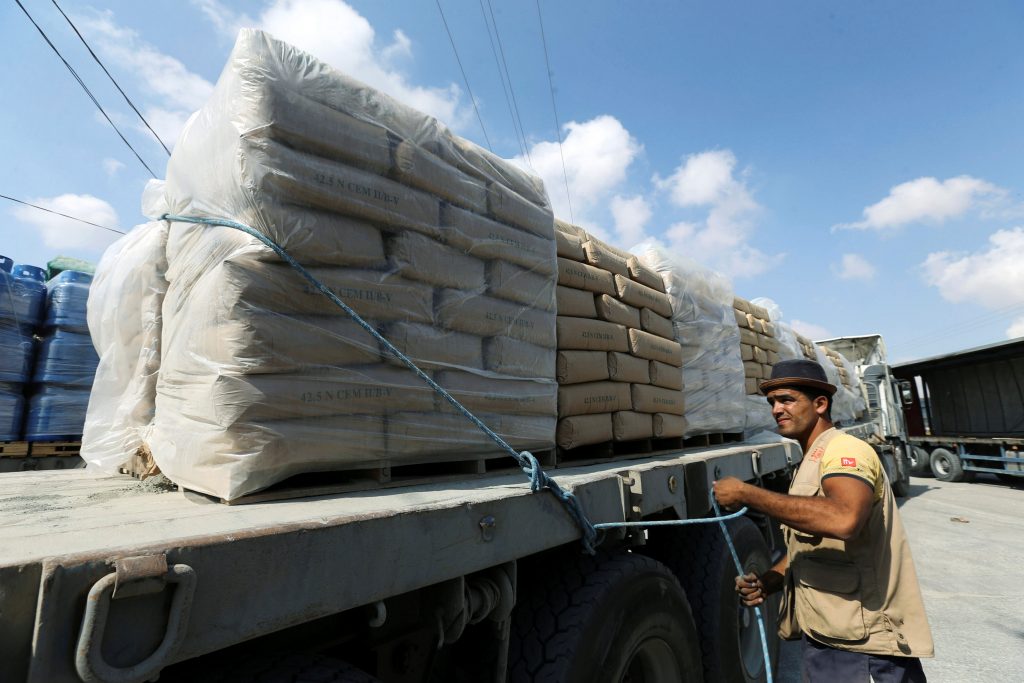 Israel resumed cement shipments to the Gaza Strip on Monday, ending a 45-day-old ban it imposed after it accused Gaza’s Hamas terrorists rulers of seizing some of the stock meant for rebuilding homes destroyed in Operation Protective Edge.

Hamas has denied Israeli charges that it siphons off cement imports to fortify terror tunnels.

The first of some 90 truckloads of cement entered the Gaza Strip through an Israeli-controlled border crossing on Monday and Palestinian officials said they expected some 4,000 tons would be brought in by the end of the day.

“But this can be reversed if we see another (Hamas) violation,” an Israeli official told Reuters.