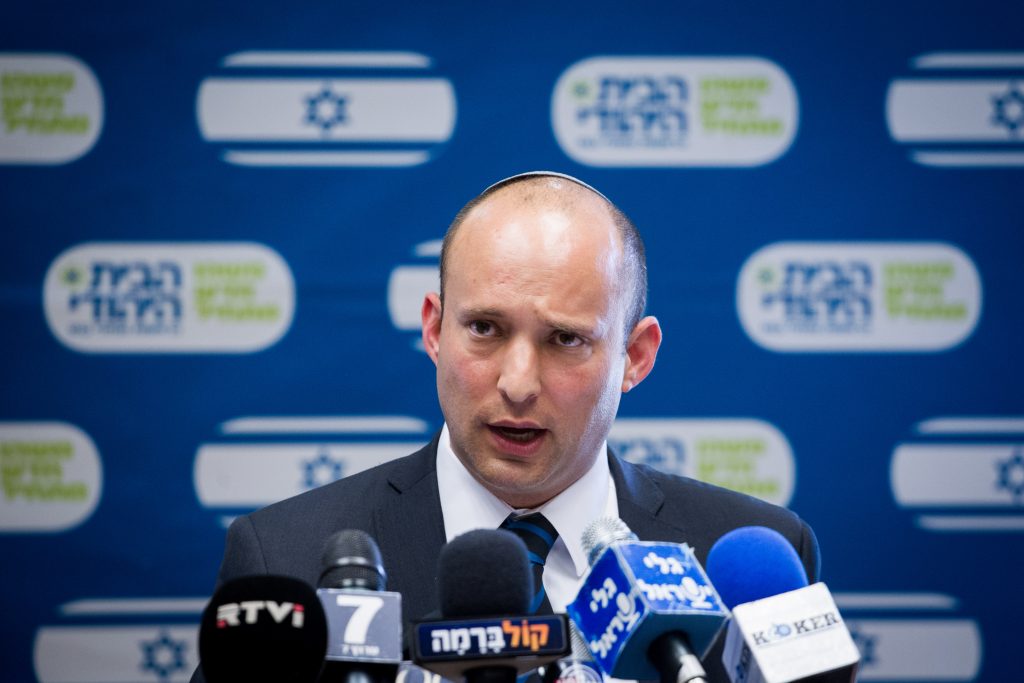 In what amounted to an ultimatum, Bennett threatened to withhold his party’s eight votes in the Knesset plenum if his demands were not accepted.

Referring to state comptroller reports and leaks about deficiencies in overseeing defense matters, Bennett said he was seeking a necessary fix for the sake of national security.

“In light of the lessons learned from Operation Protective Edge and the Second Lebanon War, in which cabinet members did not share quality intelligence and weren’t properly trained for their roles, when tested with the responsibility for the army.”

Bennett said his plans include, among other things, appointing a military secretary to the cabinet to brief ministers, as well as more trips into military zones to give them first-hand knowledge of the operations.

In a stiff response, the Likud said that it was “not reopening coalition negotiations with any party, including Jewish Home. The message from Jewish Home hurts the ability to complete the expansion of the national government, and we expect the leader of Jewish Home to act responsibly.”

In a subsequent statement on Monday, Jewish Home refused to back down, and noted that the party had unanimously approved Bennett’s proposal to repair the defects in the cabinet.