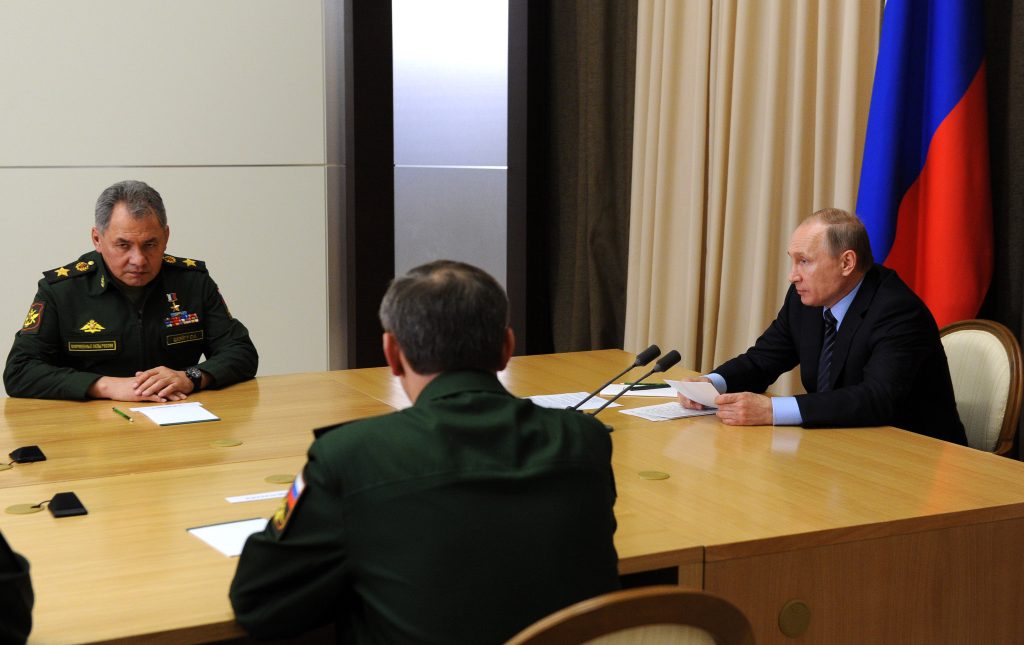 The Russian defense minister proposed on Friday that Russia and the U.S.-led coalition launch joint action against al-Qaida’s branch in Syria, known as the Nusra Front.

Defense Minister Sergei Shoigu said that Moscow had proposed to Washington that the coalition call on all factions eager to abide by a ceasefire in Syria to leave the areas where the al-Qaida branch is active by May 25. Then Russia and the U.S.-led coalition could conduct joint strikes against the Nusra Front and any other groups refusing to honor the truce, Shoigu suggested.

Pentagon spokesman Navy Capt. Jeff Davis would not comment directly on the proposal, which he said has not been formally presented to the United States. But he said the U.S. military is not cooperating or collaborating on operations with Russia in Syria except to maintain airspace safety.

“Russian operations are supporting the Assad regime and our focus is solely on degrading and defeating ISIL,” he said, using an alternative acronym for Islamic State.

Shoigu warned that Moscow reserves the right to unilaterally strike militants refusing to respect the ceasefire, as well as weapons and militants crossing into Syria from Turkey, starting May 25.

Russia has long accused Turkey of serving as a conduit for weapons and supplies flowing to Islamic State and the Nusra Front — claims which Ankara has denied.

The U.S.-Russia-brokered ceasefire, which went into effect in late February, has helped reduce violence in Syria, but it has been steadily eroding. The Nusra Front and its much more powerful rival, Islamic State, have been excluded from the ceasefire, and Russia long has pushed for excluding other terrorist groups in Syria that have cooperated with the al-Qaida affiliate.

Shoigu said that the Russian proposal should help secure the ceasefire, adding that Moscow has coordinated it with Damascus. He claimed that the Russian military has started discussing the idea with the U.S. representatives.

Meanwhile, in Syria, rebels and pro-government forces fought on several fronts on Friday after the Syrian army, backed by the Lebanese terrorist group Hizbullah, managed to seize valuable territory around the capital, Damascus.

Activists reported continued fighting in the Ghouta suburbs of Damascus, with warplanes — belonging to either Russia or the Syrian military — intensifying airstrikes on the besieged, rebel-held area of Daraya.

Airstrikes on a rebel-held village in the northwest Idlib province killed at least eight civilians, according to the Local Coordination Committees group. The Britain-based Syrian Observatory for Human Rights, another group that tracks the Syrian war, said nine had died, including two children and three women.

The Observatory also raised its death toll from airstrikes Thursday on rebel-held villages in the central Homs province to 22 civilians.

Since the Russian military campaign began last September in an effort to shore up Syrian President Bashar Assad’s forces, Moscow has staunchly denied that its warplanes have hit any civilian areas in Syria.

Also Friday, ultraconservative rebel factions and government forces clashed in the central Hama province around the predominantly Alawite town of Zaara, which al-Qaida-linked terrorists seized from government control last week. The Observatory said both sides suffered casualties in the fighting.