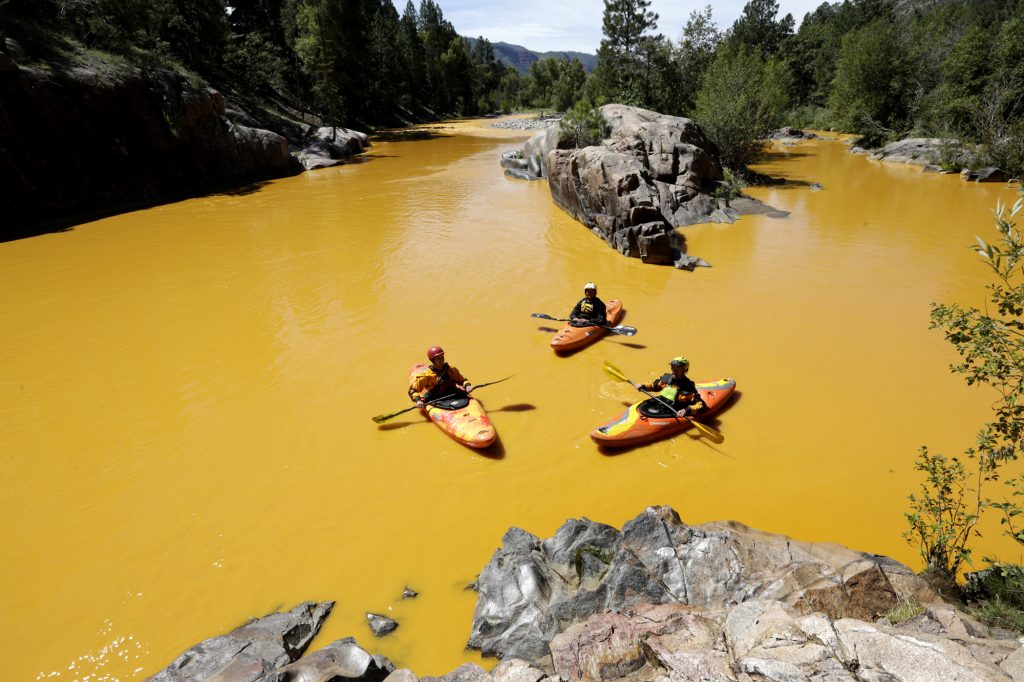 The federal government and Colorado have made little progress in remedying damage from the release of millions of gallons of wastewater from a southern Colorado mine last year, New Mexico’s top prosecutor charged in a pair of scathing letters sent to officials this week.

The wastewater, which contained arsenic, copper, lead, mercury and other dangerous pollutants, rushed down a Colorado mountainside and eventually fouled rivers in three Western states, setting off a major response by government agencies and private groups.

Attorney General Hector Balderas wrote to the head of the U.S Environmental Protection Agency and Colorado officials as New Mexico’s threat to sue the agency, the neighboring state and two mining companies remains on the table.

Balderas said New Mexico reached out to discuss independent monitoring and remedial measures in the wake of the spill, but he’s concerned about the lack of progress.

New Mexico’s requests have been disregarded and minimized, he said.

“I am disappointed by the continued unwillingness to respond to the New Mexico Environment Department’s numerous attempts to resolve this matter diplomatically and outside of court,” Balderas said. “The safe and peaceful livelihood of our citizens should override any political or scientific indifferences that we face.”

The EPA didn’t comment directly on the letter, but a spokeswoman told The Associated Press that the agency takes responsibility for the cleanup of the spill.

The agency announced last month that it would reimburse states, tribes and local governments about $1 million for their costs after an EPA-led crew triggered the release of three million gallons of wastewater from the inactive Gold King Mine while doing preliminary cleanup work.

Most of the money is for the cost of responding to the spill, but requests for another $570,000 in expenses from the immediate aftermath are still being considered.

During the spill, water utilities briefly shut down their intake valves and farmers stopped drawing from the rivers as the bright yellow plume moved downstream.

The EPA said the water quality quickly returned to pre-spill levels, but some continue to warn about heavy metals collecting in the sediment and being stirred up each time rain or snowmelt results in runoff.

In his letters, Balderas said New Mexico’s agricultural landscape was severely damaged by what he described as a catastrophe. He said meeting the state’s repeated and reasonable demands for compensation and long-term monitoring would be a step toward justice.

“Following this tragic incident, our greatest concern should be ensuring that the people and the lands we live on are free from hazardous materials,” he wrote.

According to the EPA, $2 million has been allocated to support the states’ and tribes’ monitoring plans. Another $628,000 will help to fund a real-time alert system that will monitor water quality.

Sampling locations also have been set up in Colorado, New Mexico, Utah and on Southern Ute, Ute Mountain Ute and Navajo tribal lands as part of the EPA’s monitoring program.

New Mexico has developed its own monitoring plan, and the city of Farmington, which taps the Animas River for drinking water, has installed sensors to detect contamination.