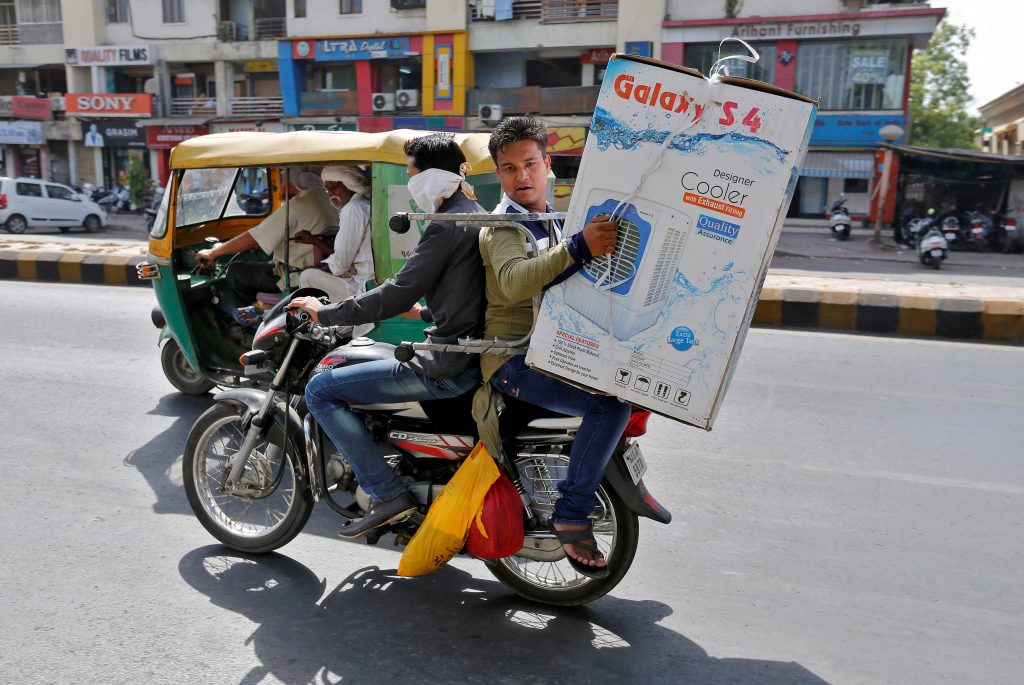 A searing heat wave across northern and western India has intensified, with a city in the region shattering the national heat record at 51 degrees Celsius (122 Fahrenheit), weather officials said Friday.

Phalodi, in the desert state of Rajasthan, located more than 350 miles west of New Delhi, saw the highest temperature ever recorded in the country on Thursday, India Meterological Department chief LS Rathore said.

The previous record was 50.6 degrees Celsius, registered in Alwar in the same state in 1956.

Temperatures have reached between 45 and 50 degrees Celsius (113 to 122 Fahrenheit) during the heatwave. Authorities issued warnings to people to avoid going out in the midday sun and to drink lots of fluids.

“It has been observed that there is a persistent increase in temperatures every year across northern, western and central India over the last 15-16 years. We think this is due to the global warming phenomenon, with extreme weather events a subset of this trend,” Rathore said.

Intense conditions hitting at least 45 degrees Celsius were reported from national capital Delhi as well as many other states. Hundreds of people are reported to have died because of the heat wave since last month, although official figures are unavailable.

A heat wave last June killed more than 2,500 people in India and around 1,400 in Pakistan.

The heat this year was likely to continue for another week, Rathore said.