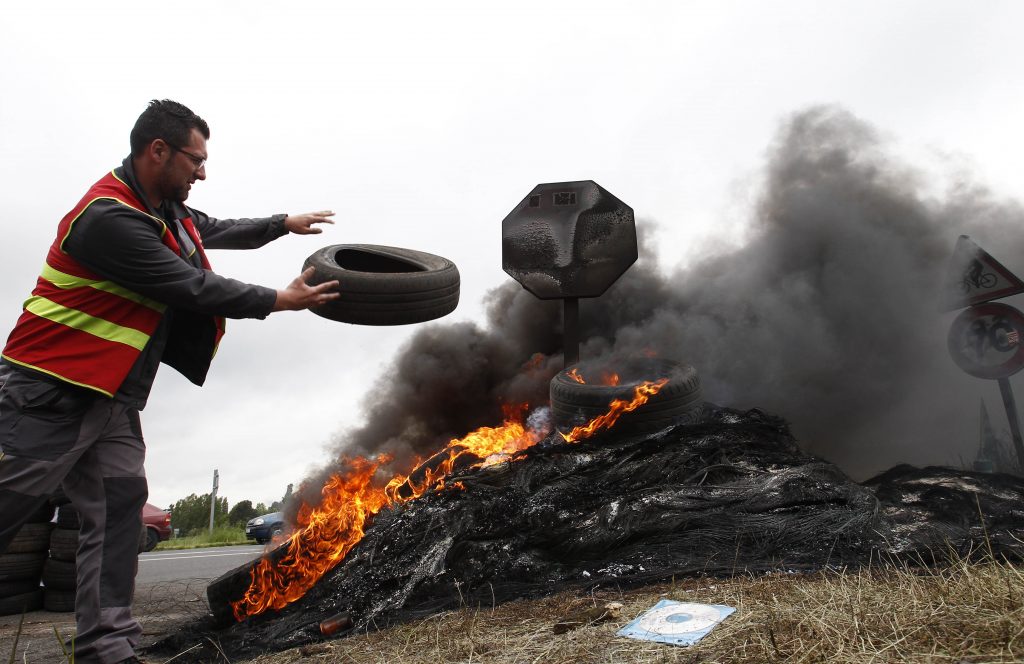 Twenty percent of gas stations in northwestern France are closed Friday due to protests against a labor law that has disrupted the country’s fuel supplies.

Alain Vidalies, the junior minister for transportation, said on France Info radio that “there’s no risk of shortage in the short term” since the country does not yet need to draw on its strategic reserves of fuel.

Since Tuesday, protesters have blocked trucks around some fuel depots and refineries near Marseilles and other cities in the north and west of France.

Truckers fear lower payment for extra hours due to the labor reform.

France is facing a tense week of strikes and other union action against the law, which has met fierce resistance in Parliament and in the streets.