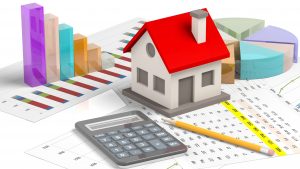 Long-term U.S. mortgage rates were little changed this week, at or near their lows for the year.

The low rates come amid the spring home-buying season, which is drawing prospective purchasers.

Mortgage buyer Freddie Mac said Thursday that the average 30-year fixed-rate mortgage ticked up to 3.58 percent, from 3.57 percent last week. It’s far below its level a year ago of 3.84 percent.

The average rate on 15-year fixed-rate mortgages was steady at 2.81 percent.

Prices of U.S. government bonds were little changed over the past week. Long-term bond yields, which move in the opposite direction from their prices, tend to influence mortgage rates.

But bond prices sank Wednesday after the minutes of the Federal Reserve’s most recent meeting indicated that Fed policymakers are inclined to raise interest rates in June if the economy keeps improving. The yield on the 10-year Treasury note surged to 1.86 percent, from 1.71 percent late Tuesday.

Rates on adjustable five-year mortgages averaged 2.8 percent this week, up from 2.78 percent last week. The fee was steady at 0.5 percent.