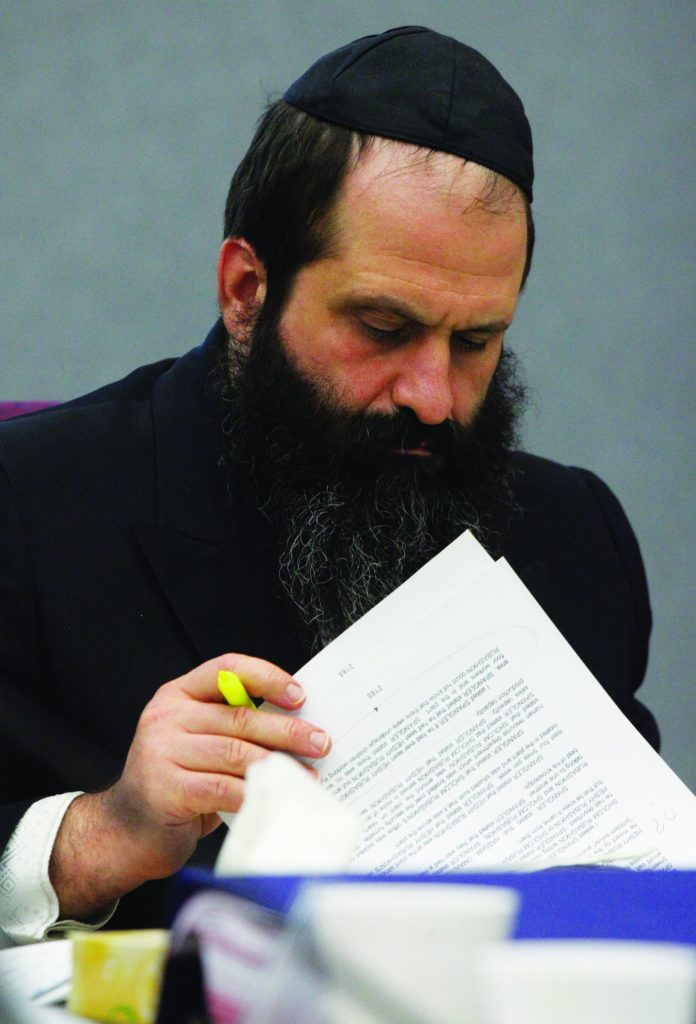 A day before the court-ordered deadline, the government filed a lengthy and sharply worded response on Thursday to the merits brief submitted in March by attorneys for Sholom Rubashkin. In that legal filing, Rubashkin asked for a new sentencing hearing in light of startling revelations.

In the 112-page filing, the government repeatedly insists that Rubashkin’s request for a new sentence should be denied, as should his requests for discovery or an evidentiary hearing.

A legal observer who has followed the Rubashkin case for many years but is not affiliated with his defense team, told Hamodia that, “I have seen my share of strongly worded legal briefs over the years, but this is unusual. They are clearly very much on the defensive.”

In their merits brief, the Rubashkin legal team, headed by Gary Apfel, an attorney in Los Angeles, and Stephen Locher, an attorney in Des Moines, Iowa, submitted what it described in the court papers as overwhelming evidence that the prosecutors wrongfully interfered in the Agriprocessors bankruptcy proceedings, intimidating potential buyers and thereby substantially decreasing the ultimate sale price. In addition, they charged that, at Rubashkin’s sentencing, the prosecutors knowingly presented false testimony to conceal the impact their actions had on the loss incurred by the victim bank – thereby misleading the judge into laying the blame on Rubashkin and sentencing him to 27 years in prison.

This evidence included detailed notes from a meeting between prosecutors and the bankruptcy trustee, in which prosecutors imposed precisely the restrictions they later denied to the court as having imposed, a powerful affidavit from Trustee Sarachek supporting Rubashkin’s position, as well as a long list of other supporting affidavits.

“What is telling about the government’s response isn’t as much what they say, but what they don’t say,” says the legal observer, who read the entire brief and spoke on condition of anonymity because of the sensitivity of the case. “The government doesn’t even address the Sarachek affidavit, or many of the other new pieces of evidence. Nor do they really respond to the crux of the argument made by Rubashkin’s lawyers. ”

In their response, the government alleges that Mr. Rubashkin “shamelessly omits dispositive facts – and furtively relies upon documentary evidence without telling the Court the government disclosed the evidence … in advance of sentencing.”

“This is a typical example of the pot calling the kettle black,” says the legal observer. “The government is in fact closing its eyes, refusing to even acknowledge the reams of new evidence that the defense was able to obtain on its own – that should have been provided by the government – and then accusing the Rubashkin lawyers of omitting evidence. In reality, what they refer to as ‘dispositive facts’ don’t even directly relate to the arguments made in the merits brief.”

The government response came amid an outpouring of support for Rubashkin from across the legal spectrum. More than one hundred leading American legal experts signed a letter calling on the U.S. Attorney of the Northern District of Iowa to “act to address new troubling evidence of prosecutorial misconduct that has emerged in connection with the prosecution and sentencing of Sholom Rubashkin.”

Rubashkin now has thirty days to respond to the government’s brief. His attorneys declined to comment on the case.