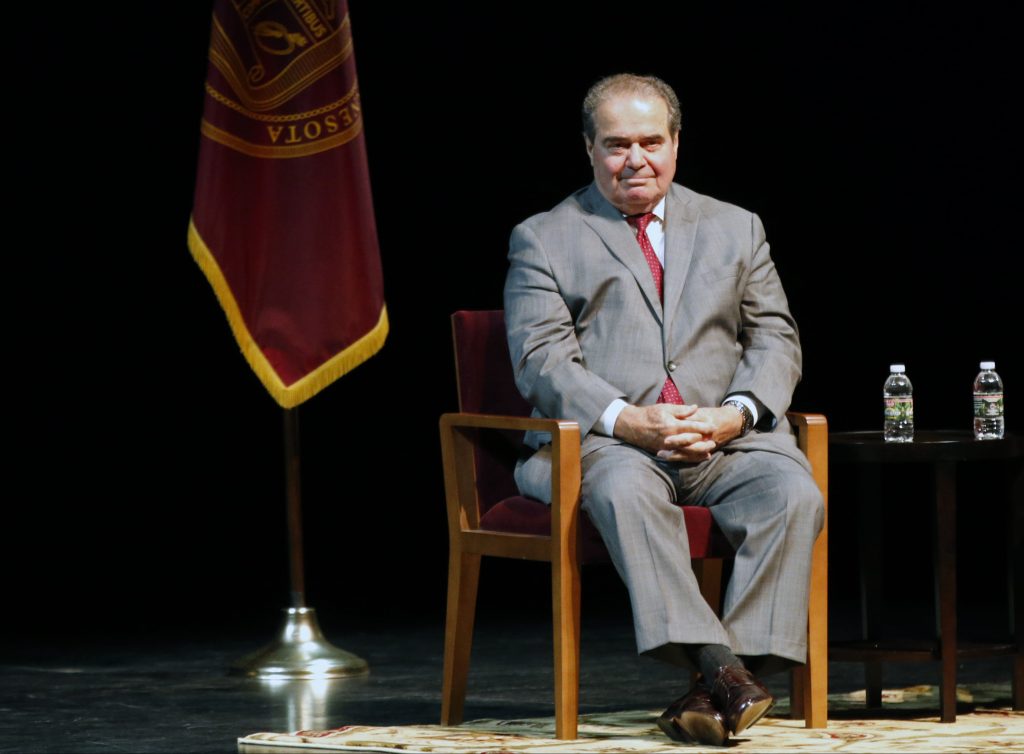 Virginia’s largest public university is now officially home to the Antonin Scalia Law School, a name change that generated intense controversy when it was first announced earlier this spring.

The State Council of Higher Education for Virginia voted unanimously Tuesday to approve a resolution which said that, according to legal advice, the name change did not require the council’s approval – that it was already enacted.

The name change was as polarizing as Scalia himself was. The late justice, who died in February, was an icon whose incisive opinions inspired conservatives and infuriated liberals, so many people had strong opinions about whether he should be honored and whether he was a fitting symbol for a public university’s law school. An anonymous donor asked for the name as a condition of a $10 million gift to the law school, which came with a $20 million gift from the Charles Koch Foundation. That prompted delight from some at the prospect of scholarships, new centers and new faculty to raise the school’s profile, and dismay from those who associate the Koch family name with generous funding of conservative causes and asked whether the school’s academic freedom would be compromised by private money.

Many worked to send a strong message to the state council about the name: Democratic lawmakers wrote letters of concern, people signed petitions, the faculty senate at George Mason passed resolutions expressing concern and asking for a delay. Meanwhile, the law school’s faculty voted strongly in favor of the name change, school officials defended the terms of the gift agreements, law professors wrote op-eds, and many testified in favor at the state council’s meetings Monday and Tuesday.

On Monday, some were surprised to find that the council would consider a resolution that reflected advice from the attorney general’s office.

Neomi Rao, an associate professor at the law school, welcomed the decision. “It’s going to be a game-changing donation and gift for the George Mason law school. And it’s going to be instrumental in bringing in new students – students who otherwise couldn’t afford a legal education. It will help build out our faculty and improve the quality and reach of the law school.

“Naming a law school after Justice Scalia is entirely fitting,” she added, “given his remarkable influence in the way that we think about the law. Honoring him in this way is entirely appropriate.”

Del. Marcus Simon (D-Fairfax) said after the vote, “I’m a little disappointed that at sort of the elevent- hour the legal staff decided this really wasn’t their decision to make. I think it does create an issue for those of us in the legislature to look at going forward: What process do we want to have for things like anonymous plans? How we decide who gets to choose the names of our law schools and universities?

“Based on this analysis, what’s to stop the University of Virginia from calling itself the Coca-Cola University at Charlottesville?

“I know money’s tight, but we can’t let money talk completely when it comes to our public institutions.”