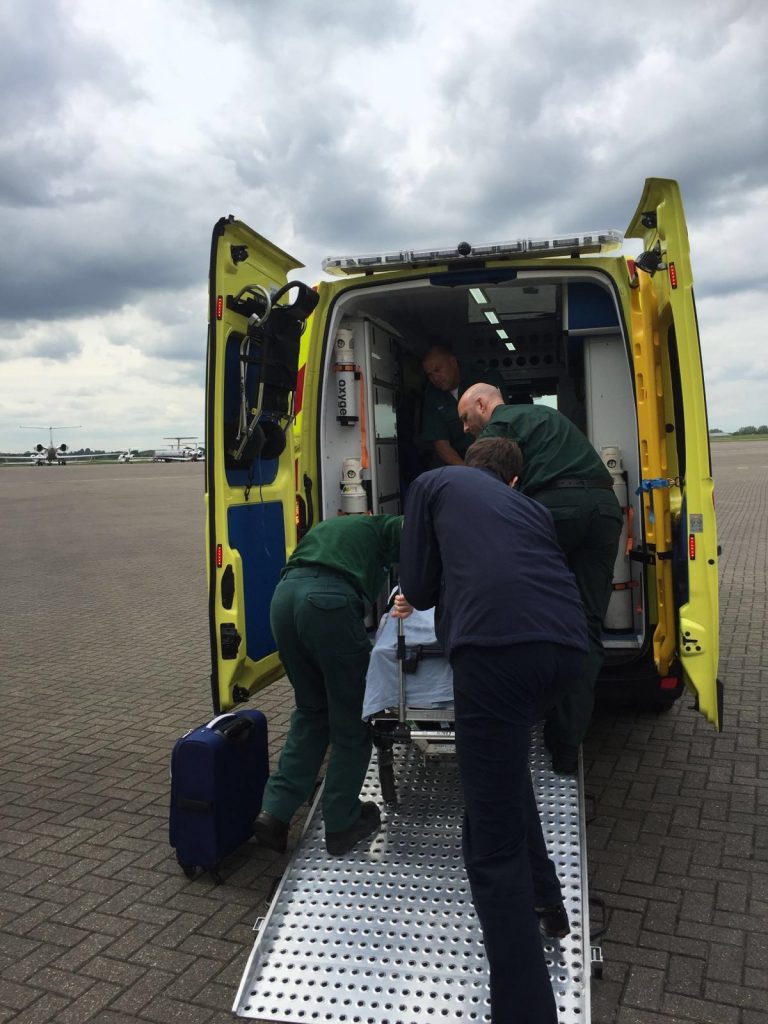 The two British bachurim who were injured last week in Hungary have been flown back to the U.K. on a medical aircraft.

Yehudah Roittenbarg and Binyomin Cohen were part of a group that had traveled to Kerestir, Hungary, to mark the yahrtzeit of the great tzaddik Harav Yeshayah of Kerestir, zt”l, on 3 Iyar (May 11).

While driving away from the kever, the bachurim were involved in a horrific auto accident, and were rushed to the hospital in Mishkoltz, Hungary, where they were put into a medically induced coma, in critical condition.

Jews around the world stormed the gates of heaven with tefillos, and Baruch Hashem, the boys’ condition improved over the past week.

On Thursday, with the help of generous donors, a private jet with medical equipment flew them to Royal London Hospital.

Yehudah Roittenbarg is in moderate condition. Binyomin Cohen is in serious but stable condition.