Israel Liberman: If Netanyahu Makes Us a ‘Serious’ Offer, We’ll Consider It
Israel 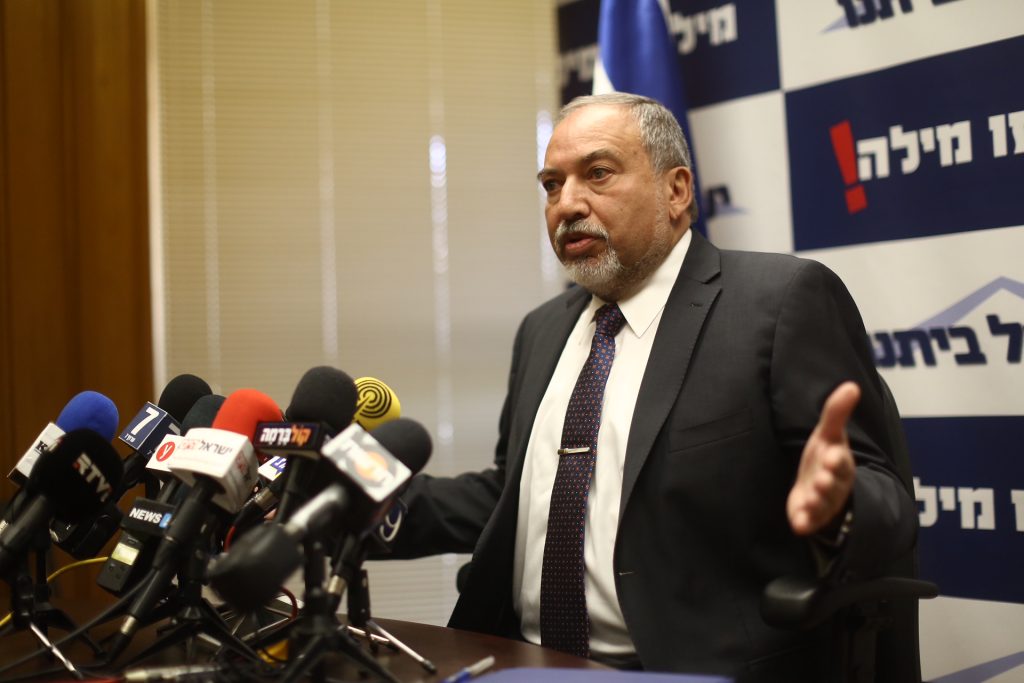 As talk – and controversy – continues to revolve around Yitzchak Herzog’s possible addition to Prime Minister Binyamin Netanyahu’s coalition, Yisrael Beytenu head Avigdor Liberman said in a press conference Wednesday that he had not ruled out joining himself – and that he would consider joining the coalition if Netanyahu conducted “serious” negotiations with him and his party.

So far, that has not happened, said Liberman. “If the Prime Minister is responsive to the issues we have been presenting, then we can talk” about joining the government, Liberman told reporters in the Knesset Wednesday. “I have heard dozens of rumors and reports, and have been approached by many self-appointed messengers. I heard that we are being offered the Defense and Absorption portfolios, but I have not seen or heard anything official.”

If he were to be appointed Defense Minister, Liberman said he would be very amenable to joining the government. That, along with a promise by Netanyahu to push for the death penalty for terrorists, would seal the deal. “That would be a serious offer that we could consider,” he said. “We need to see everything on the table, there has to be complete transparency in this process.”

Among the many backers of a Liberman entry into the government – obviating the need for Herzog and the ten or so Labor MKs he is likely to bring – is Absorption Minister Zeev Elkin, who called on Netanyahu to seriously consider adding Yisrael Beiteinu to the government. “We are better off building a stable coalition within the national camp and providing what we promised the voter instead of organizing another phony ‘unity government’ that will eventually harm the Likud and the right, as well as the faith of the public in the political establishment.”

Earlier, a report said that Herzog, if he did join the government, was likely to bring no more than ten Zionist Camp MKs in with him, among them Manuel Trachtenberg – but in a statement, the MK said Wednesday that he would not be accompanying Herzog into the coalition. “I will not enter the government even if the Labor Party forum approves it,” said Trachtenberg.