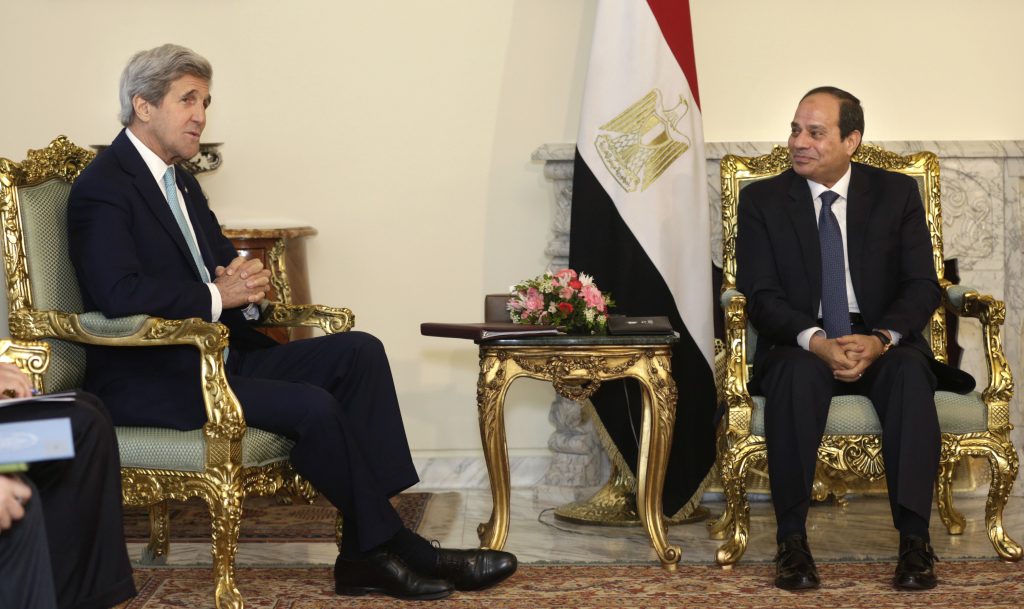 U.S. Secretary of State John Kerry is in Cairo for talks with Egyptian officials on the country’s political situation and to explore Egypt’s ideas for supporting a new Israeli-Palestinian peace bid.

Kerry flew into the capital for a brief visit Wednesday, a day after Egyptian President Abdel-Fattah el-Sissi offered support for a French initiative to revive the peace process and said he was willing to serve as a mediator.

The officials say that in Kerry’s meetings in Cairo, he plans to express concerns about human rights, including Egypt’s crackdowns on dissent, free speech and freedom of assembly.