Israel Herzog to PM: It’s Either Me or Liberman
Israel 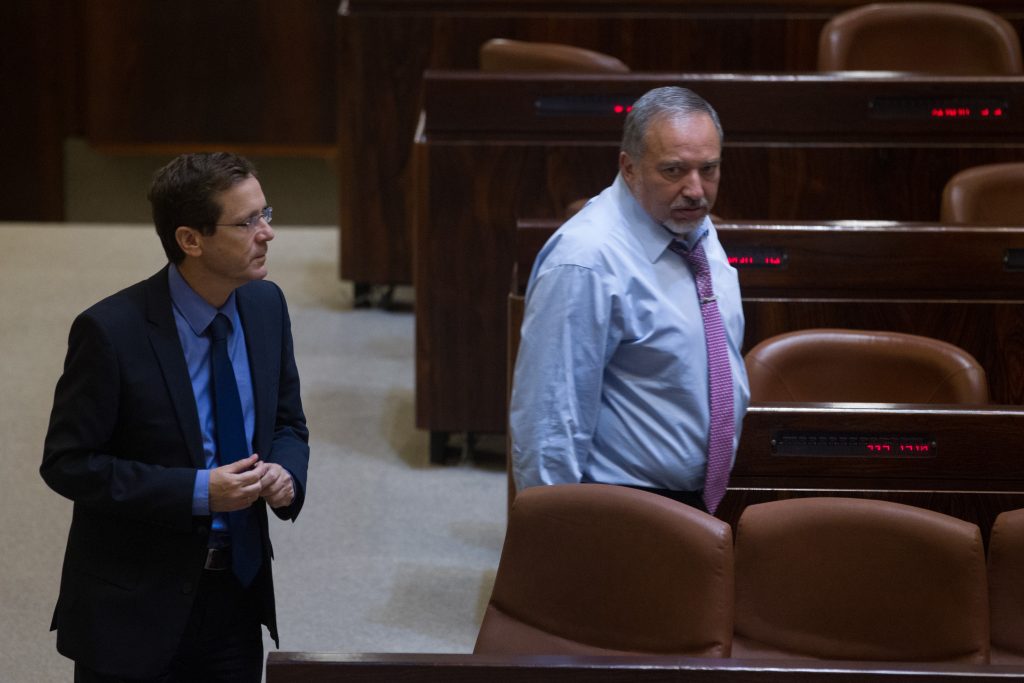 At a press conference Wednesday afternoon, Zionist Camp head Yitzchak Herzog said that he was interested in joining the government – but not in a competition against other suitors that Prime Minister Binyamin Netanyahu may be pursuing.

“Avigdor Liberman held a press conference earlier which I believe sharpens the choice Netanyahu has to make,” Herzog said. “Either he can go to war with the resultant funerals, in a campaign headed by Liberman and Naftali Bennett, or he can join our journey of hope for all Israelis. It’s up to Netanyahu to decide, and until he does, we will not negotiate with him. I am not influenced by the sentiments of Liberman or others – I follow my own truth.”

Reports said that Netanyahu had summoned Liberman to an “emergency” meeting later Wednesday afternoon. Earlier in the day, Liberman said that he would consider joining the coalition if Netanyahu conducted “serious” negotiations with him and his party. If he were to be appointed Defense Minister, Liberman said he would be vary amenable to joining the government. That, along with a promise by Netanyahu to push for the death penalty for terrorists, would seal the deal. “That would be a serious offer that we could consider,” he said. “We need to see everything on the table, there has to be complete transparency in this process.”

At his press conference, Herzog said that he could have joined the government long ago – had he been willing to compromise his principles. “If he wants Liberman, fine – and we will continue to slam him from the opposition. His choice is between Liberman for Defense and us for Defense, between insanity and sanity, between a halt to economic and diplomatic expansion and the growth we will bring.”

Herzog’s comments were seen as a response to the sharp criticism leveled at him by Shelly Yechimovich, the Zionist Camp MK who has been among the most outspoken against joining the government. “Netanyahu called, and Herzog came running on all fours with a bone in his mouth,” she said. “Entry into the coalition now, under these conditions, would be nothing less than a traitorous act – traitorous to the voters who chose us over the Likud, when we said ‘it’s us or them,’ and against our values, which we believe can bring about true change in Israel. I will not sell out my values for a ministry,” she told Israel Radio. “Bad things will happen if Herzog tries to impose this on us. Of course I want to be a senior minister, and I will be a very good one, but not at any price.”