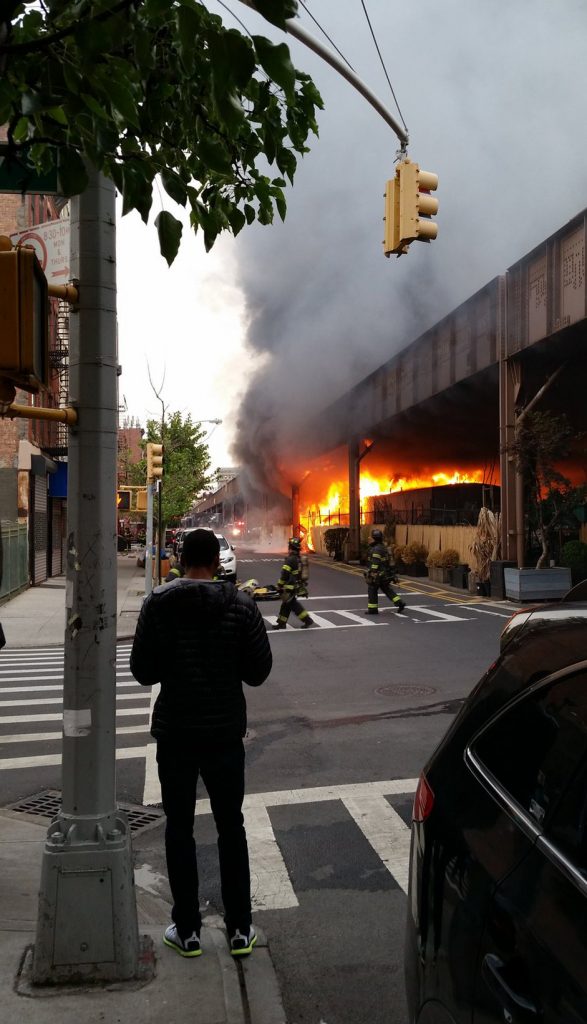 Metro-North said service into and out of Grand Central Terminal would remain suspended on all three Metro-North lines until further notice.

“Metro-North personnel are working through the night to inspect the structure to determine the extent of the structural damage and make temporary repairs,” the railroad company said in a statement late Tuesday.

Metro-North said it would run a Saturday schedule for the Wednesday morning rush hour with trains stopping in the Bronx so passengers could connect to subway service into Manhattan.

More than 150 firefighters responded to the blaze, which officials said also involved construction debris and several trailers and vehicles, and may have blown off bolts from the tracks.

“The fire was so hot that they could hear the rivets, the bolts popping,” Cuomo said.

Buildings on both sides of the street were evacuated.

“I opened my window to climb down on my fire escape, and the smoke started getting … heavier,” Antone Rosas told the media station.

One firefighter suffered a minor injury when he slipped, but no civilians were hurt.

“They got in there, they contained the fire to this one area,” said James Leonard, chief of department for the Fire Department of New York. “Hopefully, we contained the damage, and we can get the people back on the railroad.”