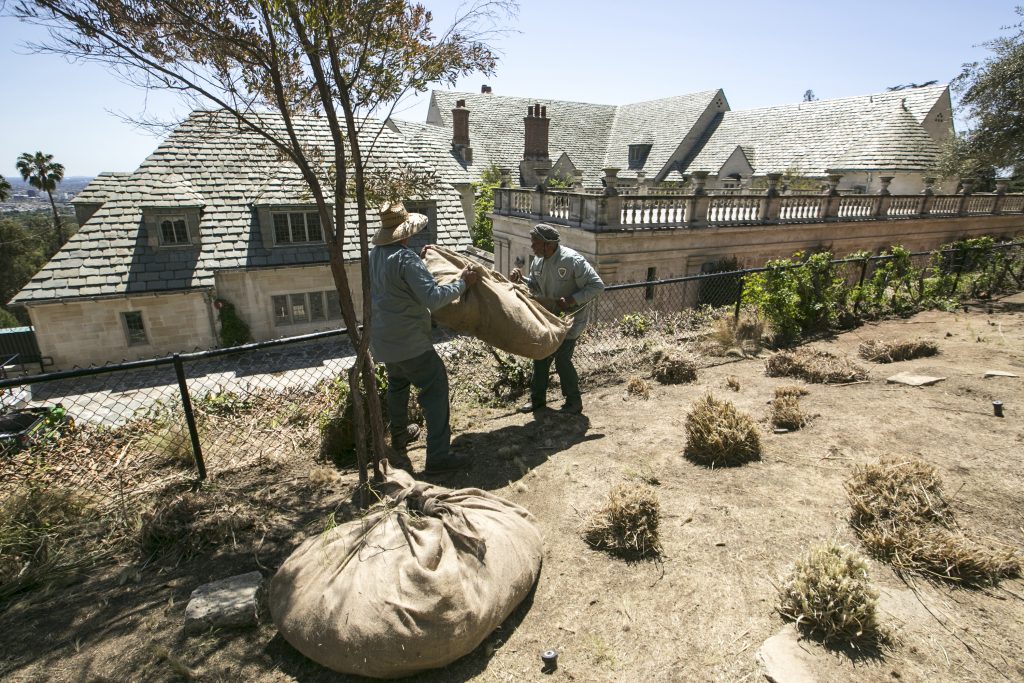 Strict rules adopted at the height of California’s drought, leading many people to let their lawns turn brown, may soon end as state regulators Wednesday consider letting local communities decide how to keep their own water use in check.

His clients have had to choose between keeping their lawns green at the expense of huge water bills or turning down their sprinklers and watch their yard turn brown.

“Either way they’re unhappy,” said Gritters, owner of Vintage Landscape in the Coachella Valley. “There’s lots of unhappy people since the drought [restrictions] went into effect.”

A proposal before the State Water Resources Control Board in Sacramento would allow local districts to compare their water supplies with how much they anticipate needing if drought continues for three more years.

Cities and water districts will set their conservation targets based on the difference between the anticipated supply and demand. The proposed regulation would extend to January.

The Irvine Ranch Water District in Orange County led the push for a regional approach. Fiona Sanchez, director of water resources for the district, said she is confident that districts statewide will carefully study their supply and demand ratio.

“If agencies are not taking it seriously, it will be very evident they can’t meet their customers’ demands,” she said.

Some districts may set strict conservation goals for residents and businesses, while others could determine it is time to lift conservation mandates.

California is in its fifth year of drought, but regulators are considering the new approach as El Niño storms delivered nearly average amounts of rain and snow this winter in Northern California, filling key reservoirs.

Southern California, however, remains deep in drought, and it’s unclear what the future will bring.

Bans on wasting water by washing sidewalks with a hose or washing cars without a shut-off nozzle would become permanent under the proposed regulation.

Max Gomberg, a senior climate scientist for the state water board, said Californians understand that the drought remains critical. He doesn’t expect people to suddenly begin wasting water with any changes.

“Californians have shown that when there’s a serious drought and a need to conserve, people step up and pitch in,” he said. “We’re confident that people are going to continue practicing their conservation habits.”