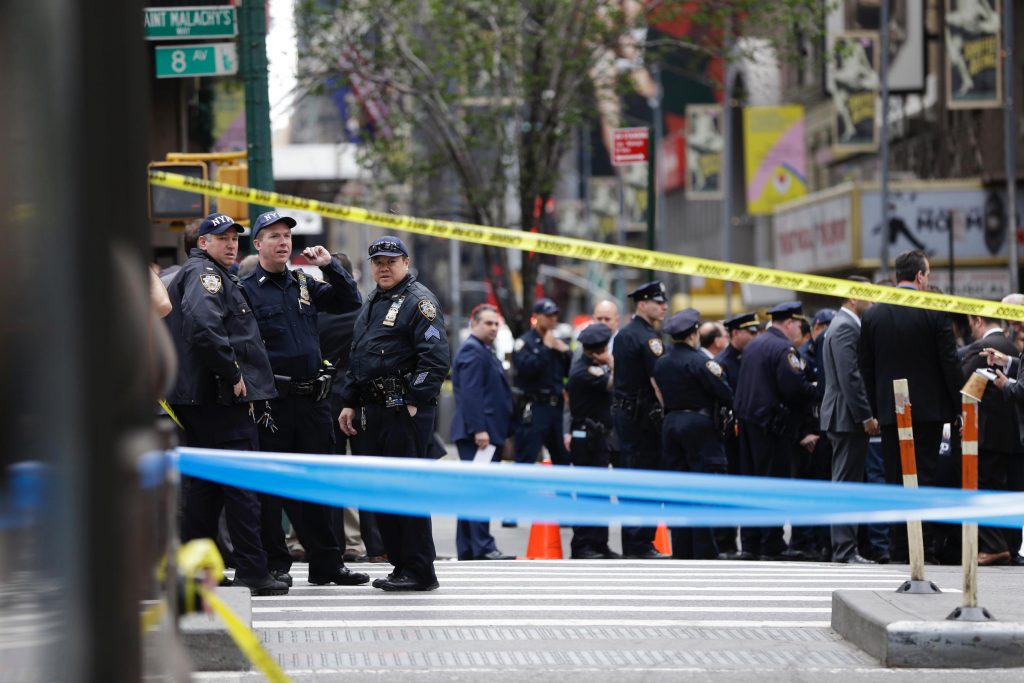 One person died and another was wounded after a police shooting during morning rush hour Wednesday in a busy, tourist-filled area of midtown Manhattan.

The encounter happened around 8:30 a.m.

Police said the suspect had a knife and apparently lunged at an officer before the officer fired, but they were still investigating. The officer may have also suffered minor injuries. Another woman was struck in the arm and was expected to survive, according to a preliminary report. It’s not clear how many shots the officer fired.