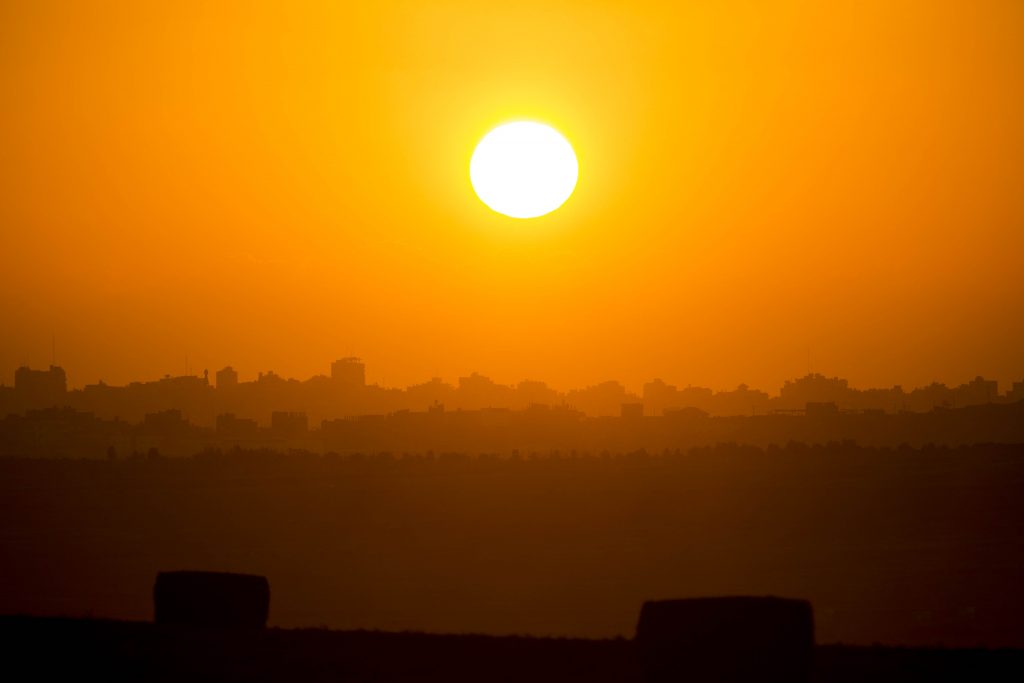 A new study by the Max Planck Institute for Chemistry and the Cyprus Institute in Nicosia says that the already hot Middle East is likely to get hotter. Global warming is real, the study says, and it will make the region even hotter than it already is.

The heating process is almost inevitable; as more people acquire cars and more cities are built, temperatures are likely to rise at least 2° Centigrade a year, perhaps even more. At that rate, by 2050 the temperature in most of the region will be 30°  C.  (86° F.) even at nighttime during the summer months. During the day, the temperature could approach 50° C. (122°F. ). Heat waves could become ten times more common than they are now.

One consequence of the heat-up is likely to be an even greater move north by refugees from the Middle East seeking cooler climes – exacerbating the already near-critical refugee crisis Europe is experiencing.

“If mankind continues to release carbon dioxide as it does now, people living in the Middle East and North Africa will have to expect about 200 unusually hot days, according to the model projections,” said Panos Hadjinicolaou, associate professor at the Cyprus Institute. “Prolonged heat waves and desert dust storms can render some regions uninhabitable, which will surely contribute to the pressure to migrate.”