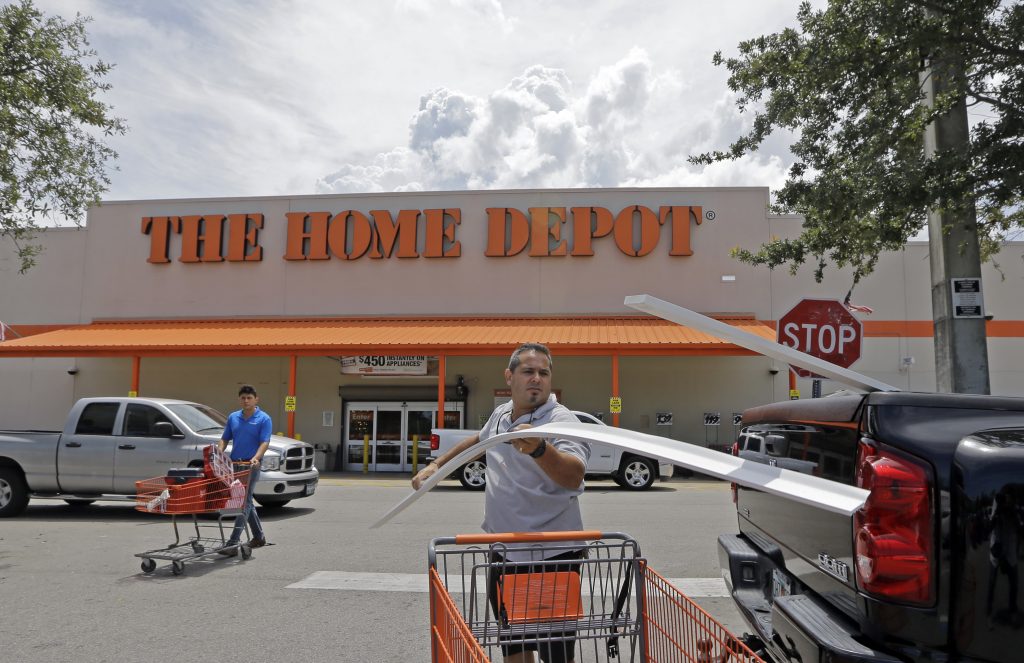 Home Depot topped expectations for the first quarter, thanks in part to mild weather; and the company, riding a strong rebound in housing, lifted its outlook for the year.

Shares neared an all-time high before the opening bell Tuesday.

Americans are plowing money into homes as prices continue to rise. In its most recent report, the Standard & Poor’s/Case-Shiller 20-city home price index rose 5.4 percent and the National Association of Realtors’ seasonally adjusted pending home sales index rose 1.4 percent to 110.5, the highest level since May 2015.

On Tuesday the Commerce Department will report on April U.S. home construction. Ground breakings are running ahead of last year’s pace, largely because of a dramatic increase in the construction of single-family homes.

For the three months ended May 1, The Home Depot Inc. earned $1.8 billion, or $1.44 per share, easily surpassing per-share projections for $1.33, according to a survey of analysts by Zacks Investment Research. It also topped last year’s quarterly profit of $1.58 billion, or $1.21 per share.

Sales at stores open at least a year, a key indicator of a retailer’s performance, climbed 6.5 percent. They were even stronger, up 7.4 percent, in the U.S.

Those comparable-store sales are also running in the opposite direction of other retailers like Macy’s and J.C. Penney. A host of retailers reported falling profits, falling revenues or outright losses over the past week.

J.C. Penney last week, after reporting another quarter of losses, said it would begin selling home appliances, the first time it has done so in three decades, hoping to grab some of the profits piling up at Home Depot and its rival, Lowe’s.

Home Depot now foresees 2016 earnings of $6.27 per share. Revenue is expected to be up about 6.3 percent, with same-store sales now anticipated to rise approximately 4.9 percent.

The company’s previous guidance was for earnings between $6.12 and $6.18 per share, with revenue predicted to rise about 5.1 percent to 6 percent and same-store sales growth of approximately 3.7 percent to 4.5 percent.