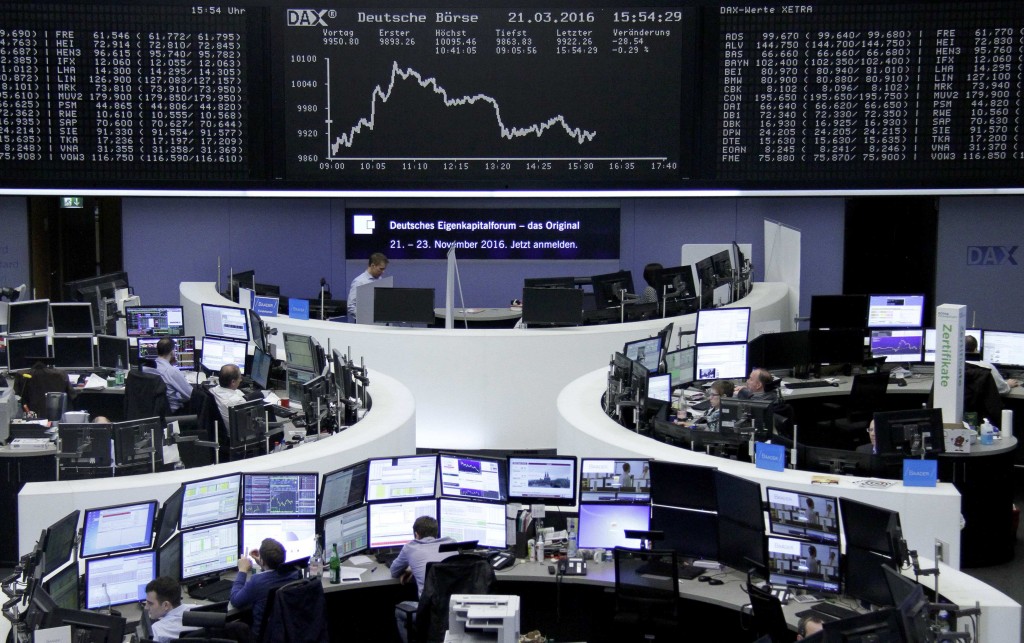 European stock markets are tracking their counterparts around the world as oil prices continue their advance and stocks go higher ahead of key U.S. inflation data.

The recent recovery in the price of oil toward $50 a barrel is being viewed by stock investors as a sign of an improving global economy. Jitters over the outlook had been one of the reasons why they fell to multiyear lows below $30 a barrel earlier this year.

Whether the rally perseveres may hinge on U.S. consumer price inflation data released later. The headline rate is expected to rise to 1.1 percent in April from 0.9 percent the previous month. The Federal Reserve is looking closely at inflation numbers to determine whether it will raise interest rates again in June.