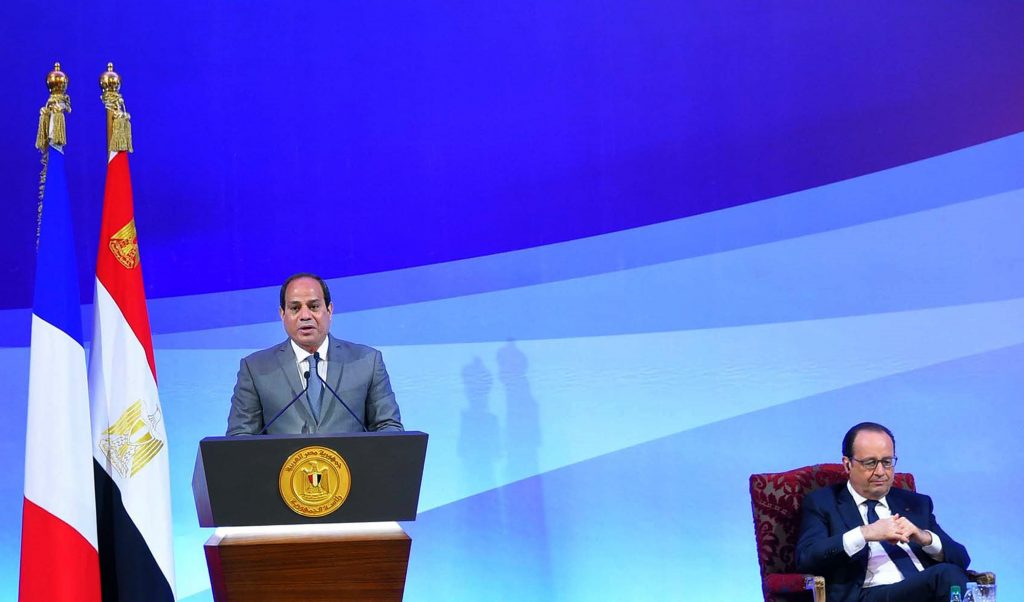 Egypt’s president has declared his support for a French proposal to hold a Mideast peace conference later this year, citing it along with U.S. efforts, an Arab peace plan first floated in 2000 and the international Mideast peace quartet as possible avenues to an Israeli-Palestinian settlement.

President Abdel-Fattah el-Sissi also called on Israel and the Palestinians to seize what he described as a “realistic” and “great” opportunity to reach a peaceful settlement to their decades-old conflict, saying they need look no farther than the 1979 Egyptian-Israeli peace treaty to see the positive outcome of peacemaking.

The animosity that existed between Egypt and Israel existed prior to their landmark accord, he said, was no different from how the Palestinians and Israelis feel now.

Egypt was prepared to “make every effort” to contribute to an Israeli-Palestinian settlement, added the Egyptian leader in his most detailed public comments on the issue since taking office nearly two years ago.

France plans to host a ministerial meeting of 20 countries, including Egypt, Saudi Arabia and Jordan, as a first step ahead of an international conference tentatively scheduled for next month and aimed at reviving the dormant Israeli-Palestinian peace process.

Addressing Israelis and their government, el-Sissi said there was a “real opportunity” for peacemaking although some in Israel did not think peace is now necessary given the turmoil in the region.

An Israeli-Palestinian deal, he said, would “give safety and stability to both sides. If this is achieved, we will enter a new phase that perhaps no one can imagine now.”

“I want to say to all those listening, Palestinians and Israelis: Please, there is now a great opportunity for a better future and life and greater hope and stability,” he said. “Should not we seize the chance and move in that framework?”