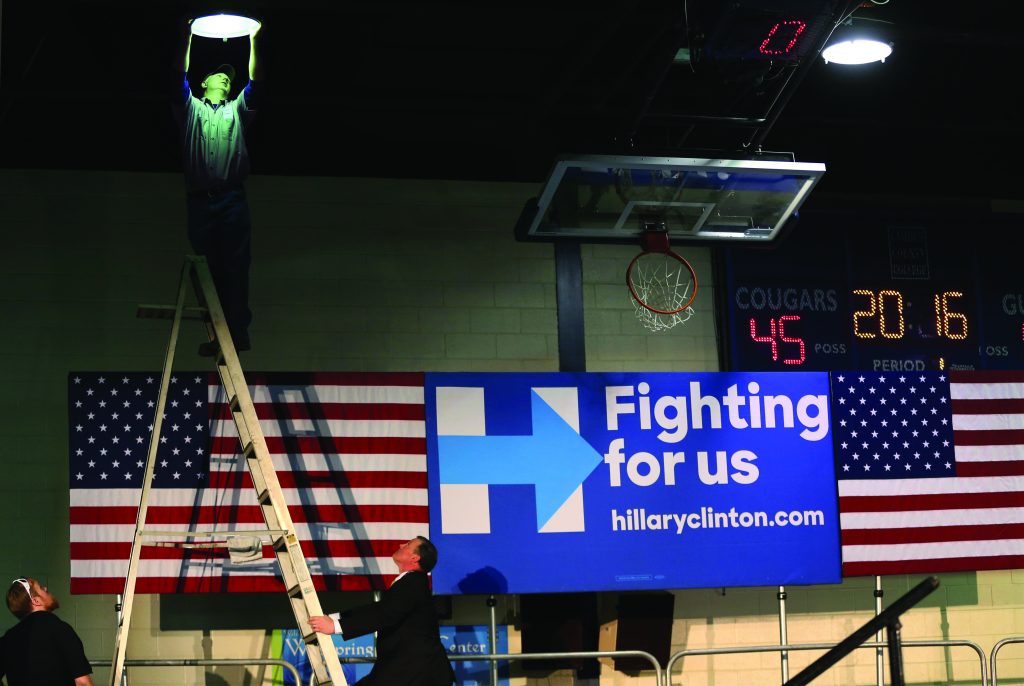 Hillary Clinton is under pressure to do well in Democratic nominating contests in Kentucky and Oregon on Tuesday so she can turn her attention to the general election and the mounting attacks on her being waged by Republican candidate Donald Trump.

The continued presence in the race of Bernie Sanders – who remains a long shot to upset Clinton and win the Democratic nomination – is prompting concerns among Clinton allies that he will damage her ability to take on Trump and hurt the Democrats in the fall.

But many supporters of Sanders are not worried about any ill effects of the senator remaining in the race, arguing that Trump is such a flawed candidate that Clinton will easily dispatch with him if she faces him in the Nov. 8 election.

“Either way we’re going to get a Democratic president,” said Alisha Liedtke, 28, a Sanders supporter from Ellensburg, Washington.

In interviews with 14 voters who back the senator from Vermont, supporters said they are not concerned that Trump, the presumptive Republican nominee, might succeed President Barack Obama because they do not believe the real estate mogul could win the general election.

They said Sanders should keep fighting until the Democratic National Convention in July, to push Clinton to the left and challenge her ties to Wall Street and support for free-trade deals.

Allies of Clinton have held back from overt calls for Sanders to exit the race. Any moves by her campaign to try drive Sanders out could risk angering Democratic voters and end up backfiring. So Clinton must continue her primary fight in Kentucky and Oregon, where analysts predict she will have a hard time winning. The Democratic race is unlikely to wrap up before California, New Jersey and several other states vote on June 7.

Oregon, with a heavily white, liberal population, politically resembles its northern neighbor Washington, which voted for Sanders. Oregon voters cast their ballots by mail, meaning voting there actually began in the last week of April.

After Sanders won both West Virginia and Indiana this month, analysts said he has a good chance of taking Kentucky. But Louisville and the western part of the state are more moderate politically, and Clinton spent Sunday and Monday campaigning there.

Sanders has insisted that he will stay in the presidential election until the Democratic convention on July 25-28, but Democratic strategist Jim Manley said Sanders should be careful he does not wind up helping Trump.

“I have no problem with Senator Sanders staying in until the end,” said Manley, who supports Clinton. “If that’s what he chooses to do, I just hope he plays it smart and doesn’t give the Trump campaign any more ammunition than it already has to take on Hillary Clinton.”

Some Democrats are concerned Trump could repeat any criticisms Sanders makes against Clinton. Clinton allies also fear that Sanders could so damage the former secretary of state in the eyes of his supporters that they will choose not to vote in November if he is not on the ballot.

Sanders supporters played down this concern. Jeremy Schofield, 45, of Albuquerque, N.M., said he would flip to Clinton if she’s the nominee. He thinks the long primary process is helping, not hurting, the Democratic Party.

“I think it’s important for him to continue to demonstrate that there is an awful lot of support for those policies,” Schofield said of Sanders. “I’m not terribly concerned about Trump being elected.”

Chanelle Hayes, 34, of Fort Mills, S.C., said she wants Sanders to remain as a candidate, even if it helps Trump, whom she called a “racist” she could never support.

Hayes acknowledged that Sanders could lose the nomination and also said it was possible that a prolonged Democratic race would help Trump in the general election. But she said she backs Sanders because she thinks he is more honest than Clinton.