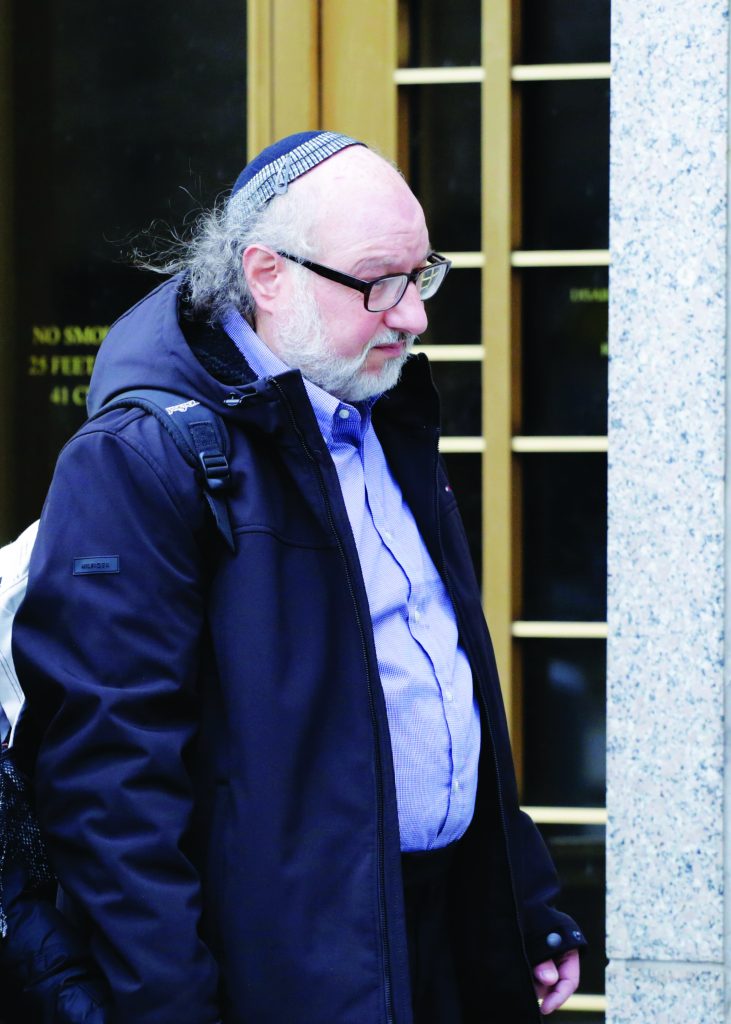 What is the real reason for Jonathan Pollard’s harsh parole restrictions?

As a federal judge weighs a highly unusual request by the U.S. government to submit a classified, ex-parte submission to the court in the legal battle over Jonathan Pollard’s broad and severe parole restrictions, the real motivation behind the government’s actions are increasingly being questioned.

“One has to wonder what is really going on here,” a longtime political analyst, who has been closely following the Pollard case for more than 20 years, told Hamodia. “The government claims that this is about national security, but the facts say otherwise.”

In a letter to Judge Katherine B. Forrest of the United States District Court for the Southern District of New York, Pollard’s lawyers expressed their strong opposition to allowing the government to file a submission that they will not be permitted to see and respond to.

In their own letter to the judge, the prosecutors refer to Judge Forrest’s April 12 order instructing the government to respond to Pollard’s latest legal filings challenging the restrictions, in which she said that the government “may deem it appropriate to address whether information at issue remains ‘Secret’ or ‘Top Secret,’” and whether the government “should/must support their position on this motion with reference — in camera — to specific examples of ‘Secret’ or ‘Top Secret’ information deemed to be at risk.”

“In camera” is a legal term for a hearing held in the judge’s chambers, closed to the public and the press.

However, there was no mention in the judge’s ruling of an “ex-parte,” or a filing to which the other side would not be permitted access. The political analyst, who has read all the legal documents in the case, spoke on the condition of anonymity because of the matter’s extreme sensitivity.

“If the government was really worried that somehow Jonathan Pollard has some secrets in his head that could possibly endanger national security, they would have treated him very differently for many years,” he points out. “For approximately the first eight years after his arrest, Pollard was held in solitary confinement. First, they tried to break him by keeping in a prison for the criminally insane, and then transferred him to the USP Marion, which is considered the harshest prison in the American Federal Prison System. But after he miraculously survived some of the worst conditions imaginable, they moved him in 1993 to the Federal Correctional Institution in Butner, North Carolina. For more than 20 years, until his release in November, Pollard was in an open prison compound. He suffered greatly in prison, and was denied proper medical care, but there were no restrictions on who he was permitted to speak to. They would have never allowed him this freedom had they really thought he had secrets still to share.

“We need to remember that Pollard was never charged with compromising agents or codes. The information that Jonathan gave the Israelis was not about America; it was information about Israel’s sworn enemies that America was supposed to — but didn’t want to — share with Israel,” the analyst continued. “This included information about how the Pakistanis were attempting to build a nuclear-capable rocket with a range sufficient to reach Tel Aviv; how the Iraqis were secretly manufacturing nerve gas specifically for use against Israeli urban areas and how the Syrians were in the process of receiving covert shipments of new surface-to-surface missiles that were accurate enough to knock out Israeli air bases for the first time.

“A declassified document specifically states that Israel never requested information from Jonathan concerning ‘U.S. military activities, plans, capabilities, or equipment.’ These documents point to the same conclusion: Jonathan Pollard’s activities may have ruffled some feathers in the Middle East, but there was no material impact on U.S. national security. Which is why the notion that somehow, he is now — after 30 years — a security risk is absurd.”

Pollard’s parole restrictions appear to support this contention as well.

As previously reported, Pollard is permitted to leave his apartment during the day, but is under house arrest from 7:00 p.m. to 7:00 a.m. He may freely walk the streets near his Manhattan apartment, but is prohibited from visiting nearby Brooklyn. There are no restrictions on whom he is permitted to speak to in person or by phone, nor on who may visit him in his tiny apartment. But he must wear at all times a GPS bracelet that must be charged daily, which conflicts with shemiras Shabbos, and has a computer-monitoring requirement that prevents him from getting a job.

“Things just don’t add up. If the government really thought that he was a danger to national security, they would never have let him out in the first place, let alone walk the streets,” says the analyst.

At a December court hearing, Judge Forrest seemed to acknowledge this fact as well.

“It would seem that if the issue is simply dissemination of additional secret information, that could be accomplished in one’s kitchen or office in a meeting at home,” she pointed out. At the time she ordered the United States Parole Commission to explain why it has placed such broad and severe parole restrictions on Pollard. It took the commission nearly four months to issue a “Supplemental Notice of Action,” which, according to Pollard’s lawyers and others who read the document, failed to give a logical explanation for the harsh restrictions.

After the lawyers returned to court, filing a brief arguing that “the Commission ignored the Court,” the Judge ordered the government to file its response by May 13. Only days before this deadline, the government asked for more time, and added a new bombshell: They planned to file an ex-parte brief, that Pollard’s lawyers will not be permitted to see.

One legal observer told Hamodia that he sees it as an act of desperation on the part of the government.
“They know they have a weak case, so the prosecutors are trying an old-fashioned and very un-American tactic: filing secret claims that Pollard’s lawyers — who know the case better than anyone — can’t see and refute.”

The judge agreed to give the prosecutors more time to submit the public part of their response, but declined to give an immediate ruling regarding the ex-parte request.

The government now has until June 10 to file its response, and Pollard’s lawyers have until June 30 to submit a rebuttal. Oral arguments are now scheduled for Friday, July 22.

If it isn’t national security, why is the government so adamant about these draconian parole restrictions?

“Some would speculate that this is a clear case of anti-Semitism,” says the analyst. “It is impossible to disprove that contention. Personally, however, I suspect that it is a determination on the part of the government to keep what they see as a valuable bargaining chip. Let’s remember that for decades, Pollard was viewed by American governments, both Republican and Democratic, as a card to be used at the right moment in exchange for Israeli concessions.

“This started under the Clinton administration, and continued under his successors. Dennis Ross wrote in his book how he urged Clinton not to free Pollard as part of the 1998 Wye River Israeli-Palestinian Accords. ‘You don’t have many like this in your pocket. I would save it for permanent status. You will need it later, don’t use it now,’ Ross told Clinton. This is exactly how Pollard has long been viewed — as a bargaining chip.

“Pollard has said all along that he wants no part in the freeing of Palestinian terrorists or territorial concessions, but his wishes are the last thing that is being taken into consideration. Many feel that the only reason they let him out in November was to distract … from the Iran deal controversy. But the government very much wants to hold on to him, and possibly use Pollard in a future deal. By making Pollard’s life as miserable as [possible], they ensure that he is a hostage and still available to be used. One can only hope that the judge will see through this canard.”

Jonathan Pollard and his wife, Mrs. Esther Pollard, have kept a very low profile since his release on parole and have not given any media interviews. Sources close to the Pollards declined to comment on the reasoning behind the government’s actions.